Back to AA style, you know what that means? LEGENDARIES!

New land, same style. We need some legendaries to bolster the treasure of the seas.

A wooden log engraved with hex marks. increasing its fortitude massively while reducing its weight. The Everwood moves faster than its size suggests, and makes a hearty thunk sound when it hits (Exactly this thunk sound).

Everwood has two skills:
Hex Tendrils -E-
When you press e, you hold Everwood above your head and shadowy tendrils sprout from the hex marks to attack the target, it spawns 6 tendrils and they all colide on the point the cursor is on. Getting hit by a hex tendril induces a random Spell effect.

Plant -Q-
You plant everwood down and it spawns a tree that fires off wood attacks at the enemy. The durability of the tree is same as regular trees but it will disappear after 15 seconds.

The fractal daggers appear to be a set of Pitch black kunai with a purple cloth grip, they are the result of the ultimate compression of countless dagger kunai being fused into a sec, with a seal in the cloth grip being able to defuse and refuse them

These pair of twin daggers have a unique effect upon hitting a target:
Defractalise - when striking a target a Dagger will sprout from them dealing extra damage

The Skills of the fractal daggers are:

Internal Defractalisation -E- You Fuse your two daggers into one and Charge towards the target and stick your dagger into the target, if it hits, many Daggers will sprout around their body, instantly causing bleed and dealing damage. The daggers instantly defuse after this back into 2

Defractalising Blade Storm -Q- You throw 2 daggers into the air above you and cause a massive blade storm to rain down around you. this is the only move that the fractisation effect doesnt happen in as the dagger has fully defractalized

This Eponymous column is fueled with massive amounts of earth and lightning energy, petrifying it a marble white color

Slow, Brutal and strong this column hits like a dump truck and is hard to miss with

The Column of olympus’s Skills are:

Zeus Static -E- Planting the Column into the ground it produces a tesla coil lightning effect to any enemies nearby. dealing constant Dps to nearby enemies

Gaia Maiden -E- this move the user Taps the ground with the bottom of the Column and causes the earth to form an iron maden like orb made of earth around nearby grounded targets. This does small damage but guarentees bleed. The main way to avoid this attack is to be off the ground, so its easily avoided in airbased combat

Sleves made of cards around the users arms, these sleves allow the user to Draw cards with deadly effects

This is a ranged item that shoots razor playing cards, weaker than most paper bullets and doesnt cause bleed. Its real danger is hidden up its sleeves

DRAW -E- You produce cards from your sleves, these cards match ones found in a standard deck of playing cards. when you draw a card you “store” the card for later. You can only draw once every 30 seconds as the effects can be severe. You can also only draw one card at a time

FOLD -Q- display the card and say the name of the card as a warning of sorts to the opponent. the effect will then activate.

Queen - A guilotene fires from the card at the opponents neck. Your cursor just needs to be on the opponent the item will always fire at the targets “neck”. (If this kills the head is severed from the body)

King - A Crown appears above the players head and heals the player a small amount while also giving a temporary damage resistance. This effect lasts 10 seconds

Clubs - A club will fall from the sky and hit the opponent dead on in the top of the head, causing concussion (confirmed to be added by vetex).

Spades - the ground around the target will be destroyed, making the target lose any footing they had. The ground afterwards is subject to the same effects of normal ground regeneration

Hearts - You throw the card at the opponent and it produces a life steal effect, your card will for the next 20 seconds give you 50% of any health the opponent loses

Ace - you throw a playing card, if it hits the player is instantly brought towards you. This is the only card that is not declared and appears exactly the same as if you were to fire a regular card shot. You have a half second of stun on hit to take advantage of

Joker - The rarest of the card types, if it pulls you will play 2 of any card effect. you are told before hand which two effects it is, but when you Fold, the player will only state Joker.

How you are informed of the card is by the Q fold option changing into the card that will be played.

This is probably the most complex of the legendaries ive come up with. its also the most complicated. It might be too complex for AO sadly, which is a shame since i find card placed real time gameplay interesting. Like KH: RE:Chain of memories

Wearing both gives the benifit of the insanity chests and the insanity immunity bonus. making these legendaries a unique pair that combo together

Some community created ones that ive slightly adjusted for balance or flavor:

A beautiful silver bow that can only be acquired from a falling star. Legend has it that this bow was used by a goddess.

Basic attack: Shoots a brilliant silver magic arrow that deals damage and knockback. It is affected by Power, not Strength, making it viable for magic users.

Charged attack: The moonbow can be charged, like a magic attack, for up to 5 seconds. Every second another arrow is added to the attack, but unlike a magic barrage, each arrow deals as half as much damage as a standard single arrow regardless of the number of shots. All arrows will fire at once Can be interupted

The moon bow’s Skill is:

Q- Moonbeams : An arrow is shot into the sky, upon which a dozen massive beams of light rain down. Those caught in the light are fully blinded and damaged.
Passive- Waxing Moon : The moonbow deals more damage at night.

A dazzling spear that takes the form of an ever-changing bolt of lightning. Legend has it this weapon was used by Zeus himself.

Basic attack: A simple stab that deals damage.
Heavy attack: A slow attack that is fully charged after 2 seconds, but upon hit it paralyzes.

The skills for the Thundering bolt are:

Q- Brilliant Fulmination : Throws the spear, which travels like a Lightning Magic beam, at the same speed, with the same deviation from the straight line, but paralyzes on hit. Damages as well.

E- Chain Lightning : The spear is thrown, and once it hits a target, it jumps to the nearest target within a certain distance, continuing in such a manner until it runs out of targets. Deals damage on hit.

…or wait for vetex and tech to develop legendary weapons that have some significance to the lore like all the other legendaries did, it’d be really cool if they took community suggestions on it though

If these bad boys make a return, I hope they’re more uncommon and maybe a bit stronger, so they FEEL pretty Legendary.

i intended to make them pretty legendary in operation

thanks, means alot. i put alot of thought into the things i suggest. Id recommend you guys come up with your own too. Feel free to post them here and i might add them to the suggestion
Definately like the post so people see it and offer their own ideas for legendaries too

I really want to see everyones ideas. i came up with these in about 30 minutes. with more time id love to see what anyone else could come up with

I hope they’re more uncommon and maybe a bit stronger,

If they’re any more uncommon then it won’t be obtainable basically they won’t exist, the legendary in AA were very rare, because NOBODY would want too sit down for like days and just fish

But legendary are cool

No, fuck no, fuck legendries.

Don’t get me wrong, the weapons you’ve suggested here sound very unique and cool, but, the entire concept of legendary weapons was about as good of an idea as impact fist, which is to say, it sounded cool, but it was not a good idea in any way shape or form.

The only way to make legendary weapons happen again without having the AA/AR situation of
“5 people have this weapon and if you encounter them you’re probably going to get killed with it, have fun fighting people while you’re at a severe disadvantage” is to make them non-RNG and storyline related.

AA style legendary weapons can fuck right off just like Radius and Impact. 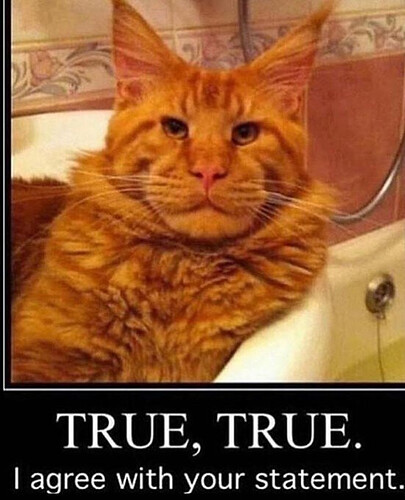 Thats bad, I made a suggestion (asked to get it deleted) about that and no one liked it anyways, Wapinkoo totally destroyed me and convinced me that people AFK grinding and Chest grinding is way better than a huge quest with structures, enemies and bosses. Since people are already accostumied to these kinds of things, either way it all ends up to someone getting an OP weapon, even if it is with grinding and effort, and people blaming it on RNG and asking for it to get removed. Welcome to a Lego CRPG.

I see it the other way, treasures are cool treasures no matter how you put it, Yeah they are strong but i mean you have just as much opportunity to go fishing or chest hunting for it as anyone else. Its unfair if only a select few get the chance. But if everyone gets the chance then you just gotta put the effort out to try to get one to spawn.

I completely agree that stuff like that should be worked for rather that limited behind RNG.
However, that’s never going to happen.

In the words of vetex (or atleast something close): “RNG is the only way to create rarity.”

So I’d rather not have it at all.

I added a few more legendaries i was mulling over last night. they take inspiration from dont starve’s purple amulet and insanity system.
I also added a small benifit to being completely insane via the amulet.