I wanted to make a post about the RP file I’m gonna make. So I made one

His name will be Ézia, of course since this name isn’t choosable for now, I shall name him Ezra.

Build : Mage (100% Magic)
no Divanochi I did not betray the Warlock gang, this is juste a RP file

Backstory :
Ézia is also nammed the Unknown and that for good reason. Being extremely antisocial rare are the humans to have met him and still be alive to talk about it. The only information we have about him was scavenged from the few people who know him and that he hasn’t killed … yet.

With that information you may think Ézia is a madman who likes killing and slaughtering. Well it’s actually not the case, we will tell you in the next lines why nearly everybody who met him died.

We are pretty sure that the Unknown was born thousands of years ago but we know nothing of the life he had at that time, except why he is still with us. Ézia’s first life started normally, he discovered and at that time, that like most people of his era he was able to use magic, he got his first Magic which was Shadow, that is the reason of the nostalgia that makes him wear entirely black clothes and hide his face. He stayed like that for years and nothing special happened to him, until he obtained his second Magic, then started his problems. The reason behind this is that his second Magic was Light, this was of course a catastrophy. With Light and Shadow Magics in his body, the Unknown started becoming extremely unstable because of the incredible pressure these magics put on his mind. It is after that, that most people who met him started to die when he lost control, after that period we know nothing about what happened to him for tens of years until he got his third Magic : Equinox. The fact that he obtained Equinox Magic was no surprise to the Unknown, but if just made him even more dangerous because the pressure on his mind went tenfold, making it even harder to keep control. After years of solitude Ézia had an idea, what better way to try and keep control than to master Mind Magic ? Therefore he went on a quest to master Mind Magic. Like Reaper Magic, (thx @Cryonical for the idea of making an unique way to obtain a Magic) Mind Magic is not obtainable by normal means, the only way to obtain it is manage to reach perfect meditation state, where the mind is not bound to the body anymore, it took Ézia more than three hundred years to master it and by that time, even with the support of his absurdely powerful Magics, his body was dying, he chose to, using his newly obtained Mind Magic to transfer his spirit in a new body, and therefore live another life.

I’ll continue writing the story and adding more details to the existing parts. Hope you liked it, tell me if it’s good or bad.

Question : in game for vanity I wanted to go for Headless, Black Hood, Shoulder Crow, Black Wizard Robes but I can’t find an idea for a chestplate that would follow the vibe. Anyone
has an idea ?

Now a more detailled explanation on how to get Mind Magic, for comprenshion purposes, Mind Magic will be called Soul Magic.

Normally, a Mage has 3 Minds that he can unlock to get a new magic, Soul Magic is a different case. It can only be obtained if you allready unlocked your 3 Minds and in a perfect meditation state. The reason of this is that Soul Magic will tear a bit of each of your Minds to create a new one, the one where it can exist. It is because of that, that the ones who want to learn this Magic must be in a perfect meditation state, otherwise their body would die from the pain. After the user has learned Soul Magic, their other Minds will be weakened and unstable because of the damage that was dealt to them, by that all their other Magics will be weakened. Soul Magic does no damage to the physical body but instead attacks the victims mind, making him see illusions, be unable to move for sort periods, or evem go insane.
more at the next edit

6 Likes
Is my idea good?
On Arcane Odyssey you will be more friendly or brawler? and a little of my opinion
What is your favourite new addition being added to arcane odyssey?
madeanaccountforthis June 23, 2022, 3:01pm #2

You probably had a nice in depth lore about your character but I didn’t bother to read it. Dorime!

The beginning had me confused with the way it was worded, but the story picked up pretty quickly and it got pretty interesting.

As a tip for you though, if you don’t do so already, I suggest writing your stories/roleplays in google docs or alternatives like word that have built-in grammar fixes and spelling correction. It works like a charm.

I mean like - do you know how to fix that or is that just your preference? Google docs is a really good tool to use when writing, I highly suggest that or word.

watch out, @The_elment is coming

Run before it’s too late 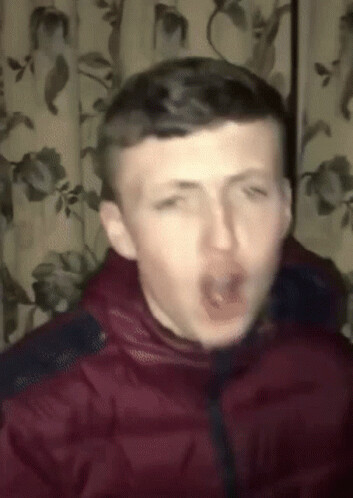 elment when someone wants to express creativity

You are all terifying me

guild members when anybody wants to make anything creative ever:

(excluding the artists themselves ig)

bro praying on my downfall