So, my third file got apparently deleted and replaced by my first file. Happen to anyone else? 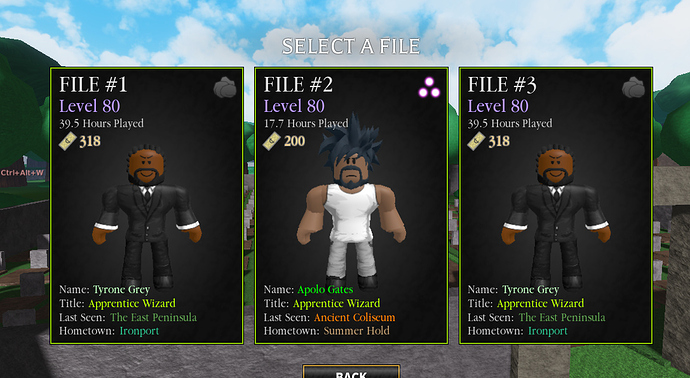 No not me, but ugh… I guess you got two files now

this sister guy is mal 2.0 just ignore what he said

Apparently this has happened to some other people too, glad I’m not the only one at least.

yea it happened to a friend of mine too i think he also got his third file copied to the first file.

It’s a known bug, not an exploit.

Happened to me too, the best way you could deal with this situation is to take all the items from the duplicated account, transfer it to a friend or alt account, then level up your 3rd slot with what magic you want and give the items that were duplicated to it, so you don’t have to farm items.

So I’ll have to start over? What if it happens again?

Yes you’ll have to level up the account again, there’s no way avoiding that, but at least you’ll have items to give that account if you followed what I said. If it happens again then you’ll have repeat the process again since there are no restores being given out. But in the future the problem may be fixed so be hopeful.

how does this even happen in the first place