How do you defeat this villain?

Last night I randomly imagined myself as a villain for shits and giggles, so I tasked you guys with defeating this supposed villain. First an introduction.

The villain has many abilities, these are:

Alright so here’s the plan:
They have no end goals outside of starting shit for the hell of it, and they don’t plan on making themselves known. They plan on traveling the world, most likely on foot. They will actively try to find criminals who are dead, although offing alive ones are something they would be willing to do. They will try to revive the more heinous ones, so serial killers, drug dealers, pedos, est, you name it, but are willing to settle for less. They will be blessing them as they revive them, but will attempt to conceal their identity the best they can, even to those they revive. They will also be giving them equipment for them to use (needed supplies, weapons and items, clothing and clothing items, even fuel and transport if possible), but for more well-documented criminals, they will actively research them, and not only give them items suited for them, but a list of the locations of everyone related to their victims, including their victims themselves if they are still alive. These criminals will most likely be given slightly more powerful abilities. The villain will most likely be actively changing outfits on the fly, and wearing and changing masks as much as possible to better hide their identity. They will also use their necroed subjects as cameras to track certain people if needed, like they’re being actively hunted. They’ll basically always work from the shadows, and will command their subjects if needed to “deal” with people who interfere, by any means necessary. They’re even willing to start a possible cult of unrelated people since all they gotta do is revive some randos and command them to obey him as he blesses them with powers, although this is very unlikely as it’s not very stealthy and might reveal them.

You must account for logistics as well and should keep innocent deaths at a minimum.

I would teleport us to a grassy field so then nobody dies. As for logistics, I’m not sure what you mean by that.

The win condition is to apprehend them somehow

Are you saying I can’t just kill him? If so then I just imprison him with one of the powers I gained from his goons.

just talk to them idk why we gotta fight

advanced telekinesis
wait until he starts monologuing and snap his neck

Simple, easy. I simply give myself the power to track them. I know everything about them, their likes, their dislikes, their location. I then slowly befriend them and gain their trust. I learn about all the people they have revived and become one of their henchmen. I climb up the ranks and slowly become their right hand man. After 4 years of feeding them careful misinformation about myself i hold a feast. In this feast first of all I deal with all the people that can tell that i have poisoned the food (it will be a slow poison) by sending them on missions. Victory obtained. After doing this i lie about who poisoned them to those i sent out on mission and take over the position of boss, after this is slowly kill them off and complete all my missions.

this is a fucking question?

if necromancy exists, then I don’t need any superpowers or anything

step 1: hunt down some of his revived people to get known by him

step 2: use the power of Jesus Christ to remove his powers of necromancy

ok so what you’re telling me is that you’re durza but without the whole power absorption half of things or the crazy durability.

Step 1: Spot you in the crowd of undead taking over a city.
Step 2: High caliber rifle
Step 3: Profit 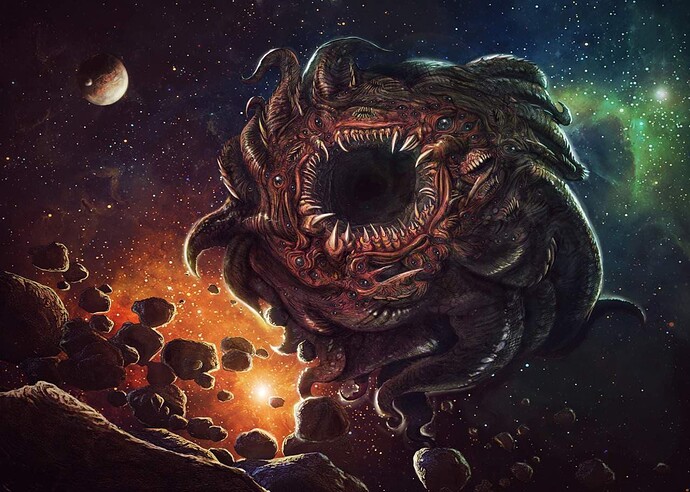 I feel like a good chunk of these responces miss the part where the dude actively hides from even his own men.

the power of jesus christ is not defeated by simple introversion

then just wait for him to show himself, his revived minions aren’t beating my advanced telekinesis

Jump a minion with mind reading from behind and steal their speed, then force them to tell me where you are. Then while you’re viewing it, I go “I’m coming, ducker.” and steal the speed of every nearby minion. Then I find the villain dude and pound him at Mach 6. Then, I’d take a metal bat and speedblitz his entire army because yes.

Similar strategy, I’d knock out and tie up a mind reader, detect location, and stealthily move there armed with a .220 swift. Then, I make history. For the horde I’d probably just commit american

I’d go to work for the FBI have access to security cams go around through them until I see a mysterious man raising dead. Then I’d track everyone in that area and eventually find him. then shoot his knees,handcuff him, and take him to court.

KNOCK KNOCK ITS THE UNITED STATES

I basicly have my own character lore, and your “campaign” might be set in prologue of my char (Before the AO). Basicly, magicless gurl who combines Shortsword, Flintlock (coin ricoshet as ult) and leg fighting. She’s fast and endures alot of stuff but weak against any form of magic.

( OPTIONAL ): You may give yourself a single ability as well, but bonus points if you can deal with the villain without superpowers.

Ricoshet - uses 10 galleons per coin, has 50/50 chance of working(hitting the coin with bullet), and if coin is hitted it will target the weakest point of enemy.

I’d probably start going around the places of “revived theif” and start looking for pattern, getting in bandit world and trying to keep track of every new death of “big boys”