Guild Name: Lunar Anarchy
Guild Environment: we are a mix, so anyone is welcome.
Guild Owner: Skysery, or Skye Rose

Description
“Blooming under the moon’s light, we are a separate form of night. Join us in our quest for freedom, a wolves’ pack for the kingdom.”

We are like a pack of wolves, minus the strict system. In this guild, we will occasionally hold raids against bosses. Some of us are heroes and some of us are villians, so don’t worry, there shall be separate raids for both sides. If you would like to hunt in a group, go ahead! Would rather hunt alone, be free fellow lone wolf.
You’re free to do some mini raids yourself if you’d like, or do a trading system in the server. This group is meant for everyone to relax and have fun together as a combination of villians and heroes.
This group is also meant for people to make friends, or do some PVP at the coliseum! No matter, do as you please. Just as long as you follow the PACK rule.
Participate
Accepting
Caring
Kudos

Guild status
Due to the situation of guilds being deleted or members being kicked from their guilds, unfortunately Lunar Anarchy was also a victim. However, as a plan to recover from the incident the guild is residing in discord, and when the guild does choose to have a raid we will be set in teams. Due to AO coming soon(or after a long time since it’s in development) we are working on making the guild bigger for the time being until it’s ready to be published as a normal guild in the game again.
We will appreciate your involvement in the guild to make it bigger and stronger! 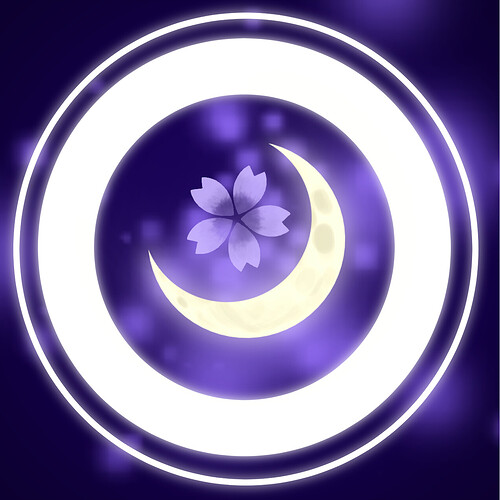 originally it was going to be a blueish color, but it didn’t really fit so I changed it to purple.