Why did Latom move to SL2? What fucking nerds.

did they? maybe because wom gets boring after 2 seconds i guess

who the hell is Latom ? the only latom i know is from Fire Force

I can only assume from the use of the plural that you’re referring to a guild, but idk what the hell a Latom is.

Latom is a guild with 1,000 members, they could have easily demolished everyone. But they ended up moving to Shinobi Life 2.

Don’t know why anyone would want to go there. I see SL2 as very repetitive and not too fun, though ig I haven’t played it for too long. You grind to get to max, you reset, you do that ten times or something. Any game with a rebirth system to me is a game that’s too lazy to add some creative content. Idk about the pvp in the game but the game itself is not to my liking.

Idc what state WoM is in now I still prefer it way over SL2. 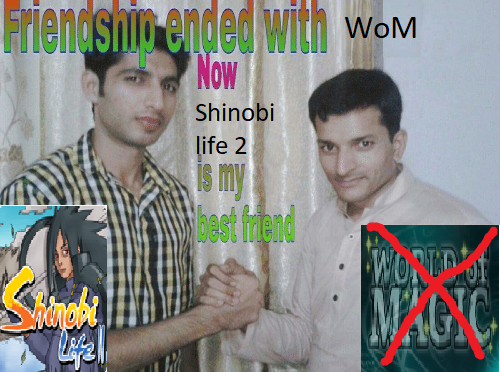 isnt latom that guild made by ibemaine that forced its members to spam latom in the discord, kinda cringe tbh im glad they left