TL;DR: Omnipotent beings in fiction aren’t omnipotent because their power extends only over the work they exist in.

Omnipotence is the state or ability of being able to do absolutely anything and everything whatsoever without drawbacks. For example, you could run and fly at the speed of light, lift infinitely heavy things, create and destroy absolutely anything; heck, you could manipulate even logic itself! You could be erased from existence and then just simply recreate yourself from literal non-existence. You could blink so apple-like that Santa in the Speedforce would cry chocolately about it like an elf in Magius. Does that make sense? Absolutely not, but that is omnipotence in essence.

So, in different fictional universes, omnipotent beings can exist. For example, the Presence in DC and the One Above All from Marvel are both omnipotent beings. However, I would argue that they (and every fictional “omnipotent” character for that matter) is actually not omnipotent. This is because omnipotence is the ability to do anything and everything; neither of them would be able to, say, stick their hand of the comic panel they’re in and pull you inside, nor can they affect anything in real life. If you were really omnipotent in real life, you’d be able to casually pull fictional comic and manga characters into real life the same way a magician could pull a rabbit out of their hat.

However, even if a character is truly 100% omnipotent, the writer is arguably infinitely more powerful than them, since they could always just say the protagonist can punch an omnipotent dude and win anyway because why not and simply leave it at that (or literally anything else). 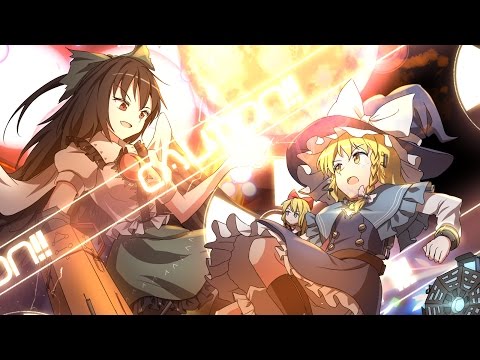 you could manipulate even logic itself

you could manipulate even logic itself

if you so mighty disprove me without saying “but logic powers!!”

If you can’t, you are unfortunately not omnipotent. (

there’s only one type of omnipotent character in any form of media.

They can create a rock they can’t lift then lift it, that’s the point, they can make the illogic logical.

They wanted to do something then they did it, so it was no limit, only an obstacle.

man…just…take a break from forums or the internet.

I think you should drink some hot cocoa and calm down, a_nerd.

They can create a rock they can’t lift then lift it, that’s the point

how about God, from the bible.
though people can argue it’s not fiction (me included)

nor can they affect anything in real life.

Porygon to those Japanese kids:

how about God, from the bible. that dude definitely omnipotent.
though people can argue it’s not fiction (me included)

omnipotence is impossible because of this one goofy ass statement:

“can an omnipotent being create a stone it cannot lift?”

only 2 options and both result in not omnipotent.

either it can, but because it can’t lift the stone, it’s not omnipotent.

or it can’t, self explanatory.