most every good thing about AR I’ve found has been sullied by something being buggy or just poorly done. When I have fun playing AR I have a lot of fun, but it’s got issues.

UX in general is an aspect that was widely ignored. It should not be ignored.

Dungeons (while definitely better in 1.1) still feel out of place, why do they have both lives and a timer. Just the timer seems like plenty to punish death. It would probably be better if pve wasn’t boring as hell.

I have more but this is already a wall of text. I know this isn’t like the most serious of serious projects and I’d be willing to accept this as it is if it was just games preservation effort but given the release of 1.1 it is very clear that is not what it is. And problems I would excuse for being a remake of an old game are getting less leniency

I have absolutely no motivation to find 3 more sea shards, but otherwise its alright

Tried it once for a bit, didn’t get into it much (although it was before the revamp so idk if it’s still as meh as it was back then). Went back to playing WoM after trying it

Imo it shows that a 2016 game, even a good one, doesn’t hold up the best after half a decade

the legendary weapon system is ASS

AR is nice. i like how you can transfer things to real life on your phone, and make things look real.
the best part is how you can view it like it was actually there.
i like augmented reality

arcane reborn as a standalone game is alright 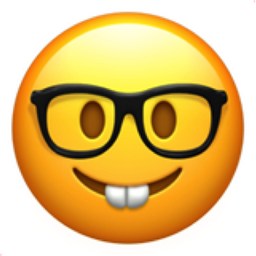 I HAVE played deepwoken, for a good amount.

it’s a lot like ar, in that it’s alright (minus dagger npcs, those things can go die in a fucking ditch), until you get randomly murdered by high levels

man luck was a shit system on par with legendary charts

the five million shitty roblox games that will arrive later

i don’t know how to explain my opinion on ar

i havent played since like… almost 3 years, and for barely 30 min
it was a bugged mess back then but it seems pretty good now. like i said before, my biggest issue is the community. however, i think its also dumb to purposefully keep the bad ideas of AA instead of improving on them, mainly how leveling up is done

THIS IS SO TRUE, WHENEVER I TRY TO SUGGEST AN IMPROVEMENT THEY’RE ALWAYS LIKE “but this is how it was in aa”
AA WASN’T PERFECT

games alright
pros for me;

overall, i enjoy ar, because i never actually played aa. however, the flaws really bug me. but ill survive lol. gives me something to do while waiting for ao

overall, i enjoy ar, because i never actually played aa. however, the flaws really bug me. but ill survive lol. gives me something to do while waiting for ao

you managed to explain my opinion on ar

just because a shit game is less shitty than a different shit game doesn’t make the first game any less shit.

Anyways AR is nice, the developers (for the most part) are really nice people and I respect them.
Its not my favorite game in the world, but that’s not to say I didn’t have a far better experience with it than AA.
(My experience with AA was with a computer so laggy it took 5 minutes to cast a blast)