Richest Player I have seen

I have never seen an inventory total value this high! The most that I have seen is probably around 300,000 crowns, but this is on a whole other level. We all need to take inspiration from this guy. 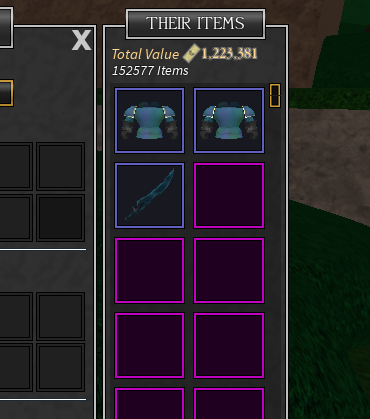 oh nvm, when did u get that much stuff @H_0T

yeah but its mainly just junk from treasure farming

he has 3 sunkens and 5 headless heads from what we’ve seen, might be a trader or a fisher
can we see more of his inv star?

Since this was hours ago I never made a whole video as to what he had, but from what I remember, he had 3 sunkens, a whole bunch of seasonals, a bunch of stacks of amulets, and around 15 headlesses

hes also a chest farmer so that explains his inventory value

I do the same, though doing it mostly to collect junk to sell in the future for AO. Galleons will (probably) have value to them since code farming (likely) won’t be a thing. There will still be an overabundance but if galleons can disappear as quickly as crowns then I’m sure even a massive stock of stuff will only last you like a month.

For a period of time (like for an hour) I farmed the fuck out of fishing rods since they can be bought in the most quantity (20) and are valued the most (75). Got about 200 rods. I could continue doing it but frankly it numbs my mind to oblivion. Just hurts to do.

man’s legit I’ve seen him before

Farmer, his inventory value comes from common items and fish

or atleast used to trade a good amount

hes also a chest farmer so that explains his inventory value