What if when fighting styles are completed, vertex released a combat test where your given 100 stat points and access to all weapons and released to fight on a baseplate. Would generate hype and help things like Arcane Log. Could also make a profit via VIP servers and would be decently fun. Also wouldn’t really spoil too much of the game other then combat, which Vertex is moving away from anyways

vetex has testers for a reason

Yeah but the testers can only find so much unbalanced stuff, and the arcane log is proably gonna be inactive for a year while waiting for AO.

This is still cringe isn’t it?

This is still cringe isn’t it?

No no you’re right, I would also like to see a combat video when fighting styles are finished

probably not.
I still have an incredible list of things to do 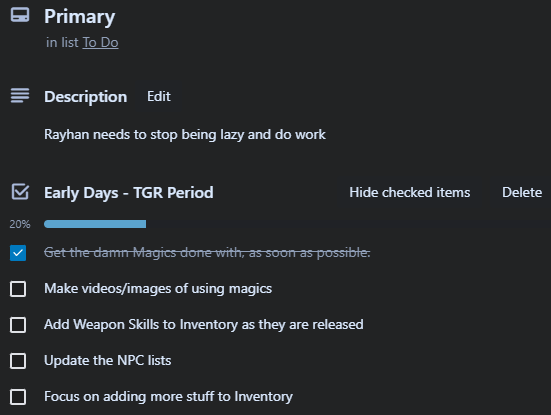 As cool was this idea is, it probably isn’t likely.
Epic mention tho

Why are you doing this again? WoM isn’t dissapearing

If WoM game does exist

What? WoM isn’t going away

What? I’m asking why’re you making this