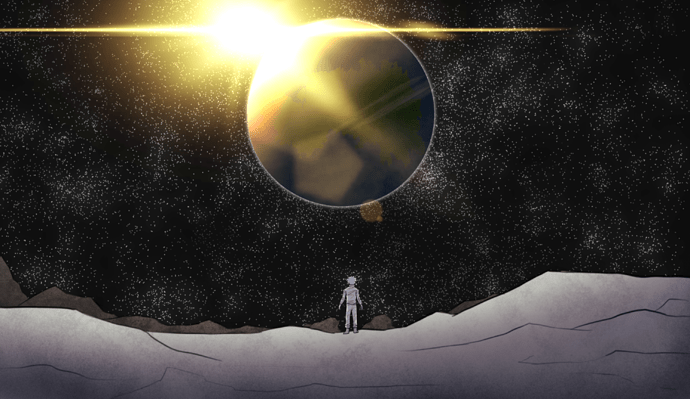 Planet so small It’s an asteroid

It is a great piece of art, but that is seriously underestimating the size of the planet.

Magius is only a large portion of the seven seas cluster

The one time I try perspective and I get this

“Hey I think I can see a grand fire curse from up here!”

The geography of magius would beg to differ. How is a small continent big enough to have a polar region AND desert and jungle?

Cause climate. I’m not vetex. Go ask him, Magius is quite a small portion of the planet

This is the AA universe we’re talking about. You can make flesh slicing wind shockwaves from spinning a sword and can fight sharks bigger than most normal buildings.

I mean Magius takes up the size of about 3 of the 7 Seas on one whole half of the world. I’m pretty sure it’s bigger than what you make it to be

but that is seriously underestimating the size of the planet.

Don’t you mean overestimating?
Also how is such a small island able to house multiple ethnic groups stably while also having the biome diversity Magius does? Why would so many people rush to such a small island in the first place? The islands that survived Durza’s explosion were probably bigger anyway.

What would even be the point of making such a small island from the Peacekeeper’s perspective?

Pretty sure the distance the game gives it is not a statement on the canon size of Magius but an intentional(?) choice that would make it more convenient for the player to imagine while in-game. Assuming the continent is canonically that size would be like assuming that the bosses actually DO canonically just stand still in one area for someone to kill them. 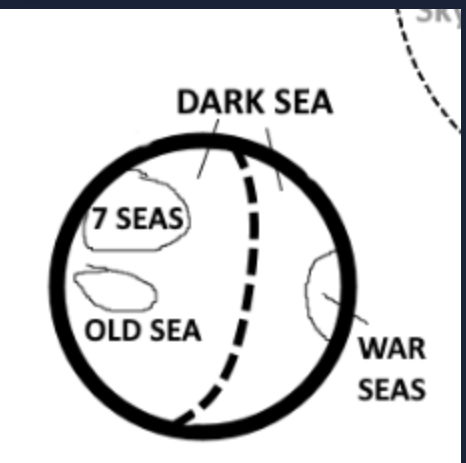 This drawing. I also never claimed Magius was an island. I’m saying compared to the planet it’s a small portion of it. Magius is very big no doubt but the planet is supposedly massive. That drawing was made by Vetex, it could’ve been a quick drawing with not much thought put into it but I know what I said.

I imagine it to be like HxH continents, large but a fraction of the size of the dark continent(dark sea in this case) 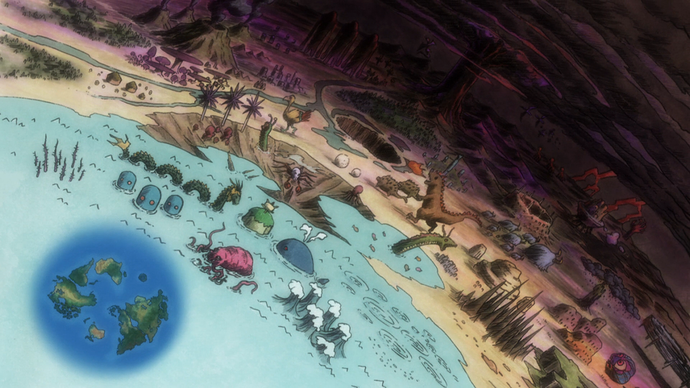 Oh ok, misunderstood what you said based on having had a similar argument with someone sometime last month here. Sorry about that.

I imagine it to be like HxH continents, large but a fraction of the size of the dark continent(dark sea in this case)

From Tree’s picture that’s probably the case.
I wonder how massive WoM’s earth (and HxH’s earth) are in comparison to irl Earth.

Also, climate and biomes could be affected by magic, not necessarily the old particles from the Durza Theos fight, but just magic in general, plus we do not know how the solar system works as this is not earth. The sun could be at a different stage or the Axis tilt of the planet could be different.

Very true, but the lore document doesn’t really say much about that. The way it was phrased suggested that the Earth in the AU is almost exactly as our Earth is save all the planet altering events that took place within it, so I was going with that assumption.

I hadn’t seen that image before, but now that I have seen it, obviously that assumption was wrong.