The hype for pvp clips is getting carried by weapon skills.(currently)

2Currently the only moves we haven’t actually seen are the weapons skills but since vetex has moved back more of the pvp side of arcane odyssey the only things we see the testers fighting with instead of only magic is the weapon skills.
im sure this will be outdated soon.

Can’t wait for fighting styles though

Can’t wait for fighting styles though

I disagree, in the future magics get lost spells, and changing the shapes of the spells.
I do agree weapons getting built from the ground up is really awesome though.
Fighting styles we have no clue how they’ll work but I’m sure it’ll be awesome

Exactly, not now nor when it releases. No one is hyped for something that won’t come for 2~ years when there is something also pretty cool that’ll come out on release. Magic, right now, is just boring by comparison because it’s mostly still the same magic system we have now but for weapons it’s an entire revamp of it.

well we’re getting at least 2 lost spells on release, and it won’t be too long after release when vetex increases the max level to 150, so I don’t think it’s that far away compared to the release of AO

We might get some leaks for lost spells once those are added, though they might want to keep those on the down low so it’s a surprise when we find them.

i would personally say keep them a surprise, especially since we’re only getting two, we know that one of them is hover, but i’m curious about what the second one will be

well we’re getting at least 2 lost spells on release

wait what, so are you saying i will only be able to get 2 new spells .

we know that one of them is hover 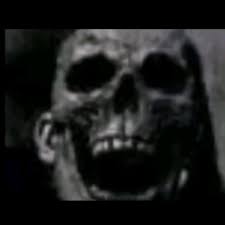 Magic as a concept is cooler than weapons

i agree but the current weapons skills far outclass magic in terms of coolness and builds magic is currently the most boring form of pvp in ao.

both will perform equally

dear god i hope so.

i agree but the current weapons skills far outclass magic in terms of coolness and builds magic is currently the most boring form of pvp in ao.

I can’t go through OP weapons dominating like AA again

2 new lost spells atleast yes
but also hover is getting replaced with another base spell: