day 2 of meatum marathon:tm:, the creation of this part was streamed in Tobi Comics discord, stay tuned for more

UltimatumA World of Magic StoryPart 20, Mission Chapter 43, InterrogationArsen It had been three days since the battle at Stoneburg. Arsen was rereading the letters he got from King David and Aurielle when Ace walked in. “Yo. How’re your...

at least it isnt dragon levels of criticism

not this conversation again

v(s) stands for hope tarot, maco gave it to me

Wait, I can get maco to give me stuff? Gonna go try that out now

You know you’ve been waiting for it.

Arsen put the letters on his bed and put his hand on the bandages covering his wounds from the battle.

There are many things wrong with this sentence.
Repetition of “put”, would be better to say something like “Arsen dropped the letters onto his bed.”

Also it would be better with the next part as a separate sentence: “He touched his bandages gingerly.” The letters and the bandages part are really kind of separate. The letter part is just there because you said he was holding the letters earlier, and you had to do something with them, but the bandages are more important.

Then why is he still wearing the bandages?
You’re going to have to figure out a better way to say “oh arsen is healed now”.

A dark orange magic circle appeared in front of Hisashi’s face, and a brigade of paper knocked him to the bars of the cell.

I am disappointed at the failure of your grammar skills right here. Firstly, the him grammatically indicates Hisashi, and it should be Ace. Secondly, wth is a “brigade of paper”.

Hisashi ignored Ace, looking straight at Arsen with a confident, almost brave look in his eyes.

Confident is a stronger term than “almost brave”, so it makes no sense to put the almost after the confident. Better phrasing would be to remove the “almost” and then replace brave with something like “fearless”.

He nudged Arsen on the arm. “You’ve got yourself a job.” Ace told him. “We’ll get going tomorrow night.”
“I’ll be there.” Arsen still wasn’t sure if he was up to it yet.

I will now point out you first told the reader that Arsen had time to think about it.

And now you tell the reader it happens tomorrow.

I don’t think this is what you were going for.

You should’ve had the interrogation scene first, and then Ace asking him if he wants to come.

Ngl, you kinda overuse this word. “Artemis laughed” makes more sense, as chuckled indicates some kind of joke/humor, while here she’s laughing because she’s the female love interest laughing at the protagonist.

Really? Let me see the letters!” Artemis asked. Arsen walked over to his hospital bed and took the letters, giving them to Artemis. “There was also an article from Magius News.” he told Artemis. Her eyes lit up. “You’re kidding…” she murmured while trying to speed-read the letters.

I told you about your dialogue problems earlier. You’ve gotten better, but here you need a separate paragraph for each new speaker. you also say too many names in too little time, It should look like this:

"Really? Let me see the letters!” Artemis asked. Arsen walked over to his hospital bed and took the letters, giving them to Artemis.
“There was also an article from Magius News.” he said.
Her eyes lit up. “You’re kidding…” she murmured while trying to speed-read the letters.

There are other examples, but again, each new speaker in a piece of dialogue must have a new paragraph.

Arsen was trying to decide if he should tell Artemis about Ace’s offer. Ace might not agree with it, though. But he decided to tell her. After all, what was the worst that could happen?

This is a major missed opportunity. Instead of actually developing his thoughts and making a satisfying conclusion to the internal dilemma (i.e. he realizes that he is willing to tell artemis even though Ace might disapprove or something), you make two awkward sentences with no purpose.
Legit you could’ve deleted this part and it would have improved readability.

Artemis seemed as if her brain was fizzling out from reading. “Hey, uh…” Arsen muttered.

This entire part is so awkward it’s not even funny.

The first sentence is just atrocious. Why? A combination of reasons. Firstly, it is in the wrong place, with no immediately clear connection to anything before or after it. Secondly, it’s telling not describing.

Firstly, I replaced “muttered” with “began” because muttered doesn’t really fit here. Secondly, I described Artemis’s actions instead of telling about them.

Artemis felt the part of her back where Dacien sliced it. She winced, saying, “I-It does still sting a little…”

This is from Artemis’s perspective.

The chapter is supposed to be from Arsen’s perspective.

A simple change of wording would fix this easily:

Artemis reached around her back, gently touching the bandage wrapped around it. She winced. “I-it does sting a little…”

The reason this works better is because, again, I’m describing, not telling. There is no reason for the reader to assume that it is not Arsen watching Artemis reaching around her back, and that’s the connection their brain will make. On the other hand, “felt” simply tells the reader she touched her back, suitable if it’s her perspective… but it isn’t. I also improved the flow by removing “saying”.

In other news it was a good part altogether, although I feel like we could’ve had a little more shipping filler between artemis and arsen.

wth is a “brigade of paper” 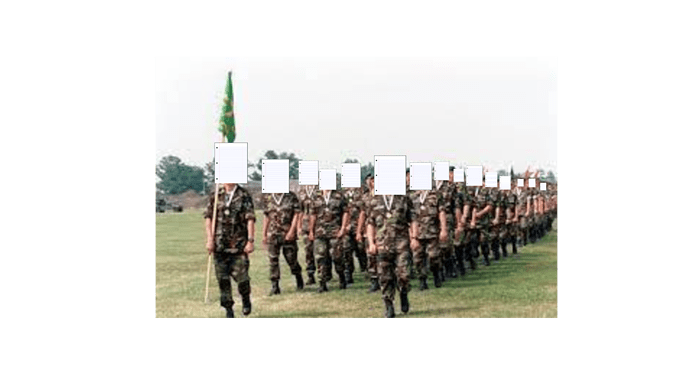 I know arsen x artemis is there