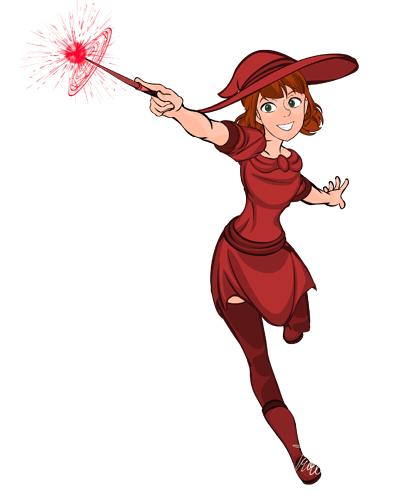 A wizard’s trusty friend used to conduct the supernatural, what if we had them in AO?

The idea’s likely been thrown around, but what would this tool do what we can already do without it- enough to warrant itself being an individual weapon with unique abilities?

What if instead of the magic wand being a weapon, we just have it as a magic casting animation choice for regular magics? (Blast, Beam, Explosion, etc) Surely there’d be a few people wanting to live out the fantasy to cast massive, powerful spells with a trusty magic wand. What do you think?

Idk if they’ve been scrapped or not but they’re still on the trello so who knows.

No clue how they might or could work. They could give you unique spells to cast, make your magic attacks stronger, larger, faster, etc. Perhaps they make spells cost less magical energy or bestow various effects to your magic. Like imagine if you used water magic but the wand caused water to burn targets instead of soaking them. Idk. We’ll what Vetex comes up with in half a year

In America we dont use wands we use GUNS

If these things increase magic size, you can bet im using it

I REMEMBER THIS QUOTE LMAO ⠀
⠀h

I feel like tomes kinda sit in a similar boat, it’d be really cool to see these happen

In America we dont use wands we use GUNS

in america we dont need no silly little wands, we have guns, we use guns as wands.

It would be cool if there were spell tomes that you could use to cast an individual spell (maybe multiple) from a different type of magic. They wouldn’t have to be particularly powerful, it would just be a cool side weapon

Wands and Staffs would be great

Wait, i thought trollus was also a mod

wait they are i didnt notice

in america, we dont use guns. we use mechanical devices that use explosions to boost a small metal object forward through a tube.
WE USE EXPLOSION MAGIC INMGMJGLJSDIJG