What enemies do you guys want to be added in AO?

THIS IS NOT A SUGGESTION!

What enemies do you guys want to be added in AO except sharks and stuff like that .

This is a thread as well.

Typhon, if he’s even still around. General Greek monsters (chimera, hydra, cerberus, etc) would be amazing to see given how the arcane universe is a “what if” of the Greek Mythos.

I kinda want those wizard like enemies in legend of Zelda probably will mess up with the lore but it would be cool to see some flying enemies here and there.

To be honest, I want to fight a child.

I think sirens, the sisters(I forget their names

) and stuff like you said would be cool, maybe some magic elementals like liu’s making, like mythical creatures but magic or smth, and you could encounter lost/ancient elementals in the dark sea

I’m mostly for stuff already in the greek mythos. An actual minotaur (get shit on XD), Nemean Lion (was killed by Hercules but still), harpies. New stuff would be neat but adopting some monsters from the actual mythos would be pog

just doubt it’s gonna happen, maybe once the game’s all done and we’re given a quest or whatever to travel to another part of the world to fight monsters; like an Arcane Odyssey DLC

A minotaur, not the viking minotaur the real minotaur

Idk, vetex said he may add animals after release, so it’s a possibility that we get stuff like this

That would be cool

I’m gonna assume most if not all monsters are dead. So very low chance we are gonna be fighting Cerberus. But I don’t think Typhon is dead, considering he is on the same level as Zues, and was cast away into tartarus. And If a human was able to kill Typhon then I doubt that Cursebeard would have been alive. (or maybe cursebeard took a nice trip to hell at one point in his life idk)

dnc give me insane cultists

Really? Do you know we’re he said that?

A blizzard curse user powerful enough to create ice roads with their presence,his fight would be to chase him with your ship until he lose a quarter part of his life, after which he will go mad (like rupin) and launch a blizzard that will trap all ships on a large ice shelf (it will not destroy them, only immobilise them)so you will have to fight him on the platform while dodging his blizzard spell.

once defeated, players will have 2 minutes to board their ships as the platform will melt.

I remembered that curses give immunity but p
Let’s say that being so close to the sea his immunity partially disappears (attacks would do half the damage).

My character, as there is no greater enemy than yourself 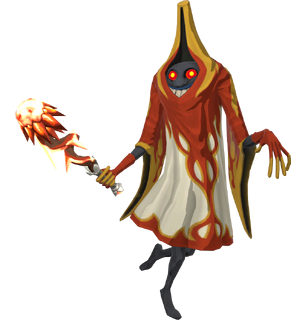 these guys would be cool as a flying enemy just created differently. They could also be hard to hit as well probably will be annoying.

pretty glitchy i will giv link instead