Will AO have a ranked 1v1s system?

It’s not that weird considering how much pvp content there is it would suck for YouTubers to finish their builds and have wander around looking for players who aren’t even bothering them to pvp. Then again people complain about not having much pvp related content in the war seas hence most people would be in ranked testing their build

Idk, arena mods normally are just there to keep a game with no content alive

to do this you’d have to put many hours into the game. if we’re talking lvl 1000 getting the enchants you want on the items you want with the scrolls and weapons it would take at least 100+ hrs to get everything. The game as plenty of planned content

not to mention upgrades on said items. With 2 other files that you can lvl up to 1000 with different skills and paths to go down.

He probably means between updates, such as when we reach level 120 and need to wait for the 2nd sea to come out.
Most big roblox fighting game youtubers don’t particularly pay too close attention to smaller side features (usually cause there aren’t any) and jump straight into PvP, plus if they’re big enough they’ll probably get boosted and fans will send them free trades with the best meta equipment

As for the question, I don’t think vetex has mentioned any plans to make an arena/pvp universe. He said he’s not too sure how to make private servers for universed games, so that might apply here as well. He might also just be satisfied with the existing in-game arenas that’ll exist

yea. I’m happy with the arenas you can fight at without a loss of galleons.

Probably not but I wouldn’t be surprised if it was added somewhere along the lines. 1v1s are doable right now and if you wanna rank up just go fight random people for their bounties and climb the leaderboards. A dedicated area for specifically 1v1’s almost feels niche and slightly redundant.

Actually I forgot this existed, on the Adjustments card from the trello: 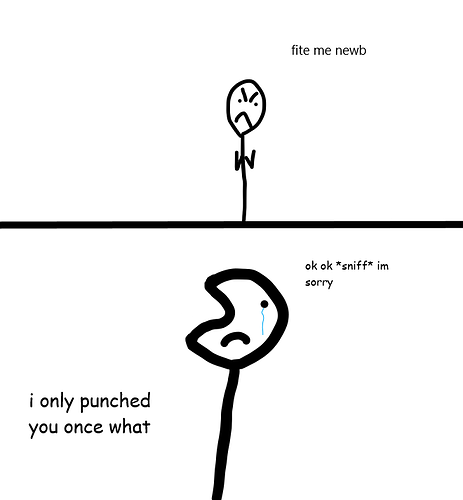