My brain is theorizing a suspicion.

for the first option it would 100% just be animal meat albeit resembling human body parts, for the second possibility I’d imagine it to be like a chicken, where some parts are black meat and some white meat

idgaf what they taste like, if eating a furry convinces other furries to stop being furries, i will eat a furry with no hesitation

“Uhm akshually if they’re based off of marine life then they don’t grow hair, as their bodies are covered in scales.”

scalies? who cares, one wrong turn and next thing they know they’ll be cubes of fresh meat being dipped into soy sauce and rubbed with wasabi

Honestly, if they’re just anthros, I would say it would be animal meat because they’re not human, they just act and look like one. However, I guess it would depend on who’s OC it is. So, therefore, Drayal what the fuck (while thinking about this head, I said Dry-all again).
I wonder what would happen if someone posted that question in a furry forum/website.

I wonder what would happen if someone posted that question in a furry forum/website.

I do to. Though also I don’t want to know

You’re not a furry? Damn I thought you were this whole time

I thought you would have known by now

I think a lot of people do even though I have said, on multiple occasions, I am not.

I feel your pain.

“OMG HE DREW A CHARACTER THAT’S NOT A HUMAN HE’S A FURRY OMGGG!!!”

wouldn’t it be scally since its dragons 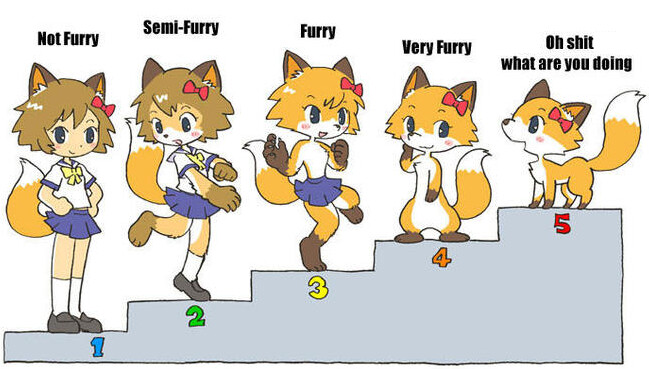 truly, this is one of the moemnt in this forum