I was thinking about the upcoming cultures and was wondering how would you guys think about one thats a little more advanced with steam powered machinery and maybe even steam mechs?

I’m a big fan of the steam punk style and have been excited for a game called Iron Harvest which is an RTS with 1920 World War One steam powered mechs and its absolutely dope. This is just me geeking out and thinking what would that be like in the world of Arcane.

A picture of one of the Mechs in the game: 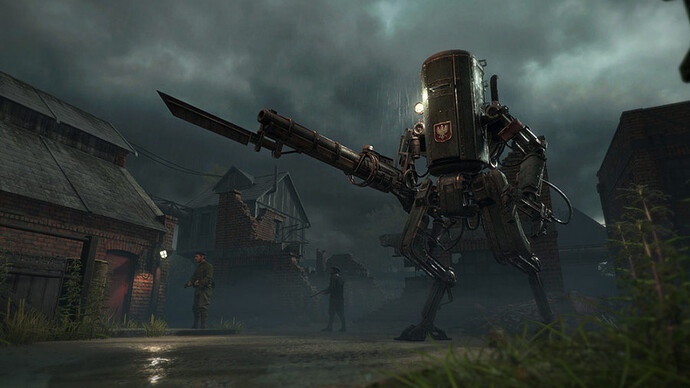 I can see where you’re coming from - but, personally, I don’t think Steampunk fits the current aesthetic of the game. The game is based around magic and old ruins rather than mechanisation and vehicles. It’d be like putting a giant robot in Skyrim.

“It’d be like putting a giant robot in Skyrim”
Dwarven Automatons are a thing.

Well you can see the point I was trying to make

I know that ^^ The map is going to be gargantuan, but everything is already planned

Wow. The map is enormous when you look at it like that. It’d be really cool if the map was gonna be one giant thing without load screens/segmenting it into different sub-places but there’s a 99.9% chance that won’t happen

I mean recently didn’t roblox release a feature where you can have seamless teleporing, obviously with ping it wouldn’t be “seamless” but if he did it so that you could see a decent amount into the next segment of the map and just teleport you right to that spot on the next part of the map that could work.