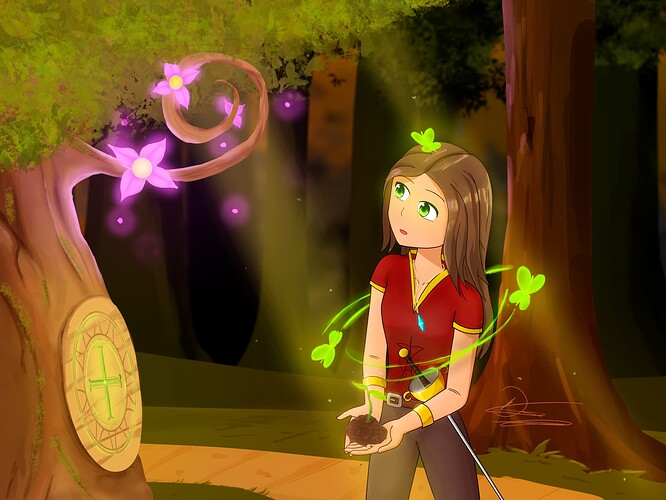 She has the weird behavior of liking cakes way too much, specially the chocolate one, so she tends to skip the main dish and go straight for the dessert.

you been working on this one a while, good shit!

Ae, thank you so much

Quality shit you have here