Simple question., I’m going to be creating a weapon main profile with ZERO magic, however I still need to pick something so what should I choose?

anything that synergizes well with the bleed effect. eg acid and sand

pretty sure magic infused weapons are for mages only? 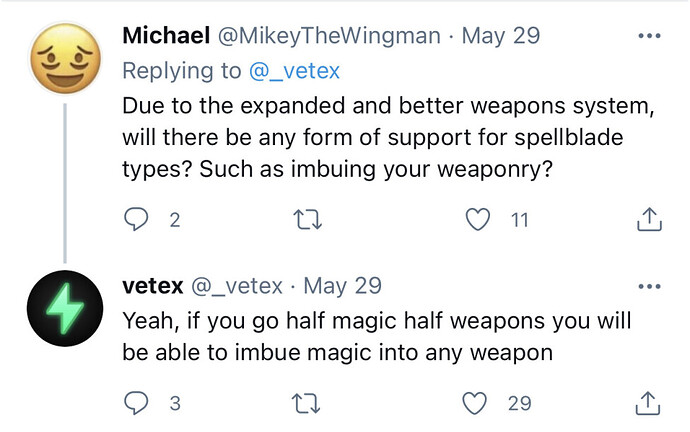 edit: it doesnt make sense that a mage (full magic) could be able to infuse their magic with their weapon. How the hell would a mage have the skill to do that. You would need to know a decent amount about weapons (weapon stat) to be able to

yuhhhhhh gg thanks i’ll save that.