are 1 block wide dirt walls meant to be broken

are 1 block wide dirt walls meant to be broken

Same, but it usually isn’t that good.

The earth temple is a pain in the buttocks

I’m in the eastern US idk if that’d conflict

fuck the eye of cthulu I can barely dodge it in phase 2 if I have my panic necklace buff and that’s not good when you take 1?10 of your hp each hit from phase 2

Get me in on this

I might, but I’m slightly worried it may fuck over my The Story Of Red Cloud run I’m doing.

hell, to make it more interesting and to make the server actually have some reason to be in when we aren’t fighting a boss why not randomly assign some biome to each player to be where their base would be? it would be an alright way to get people to build themed stuff

Now i do but im using a better class than rouge 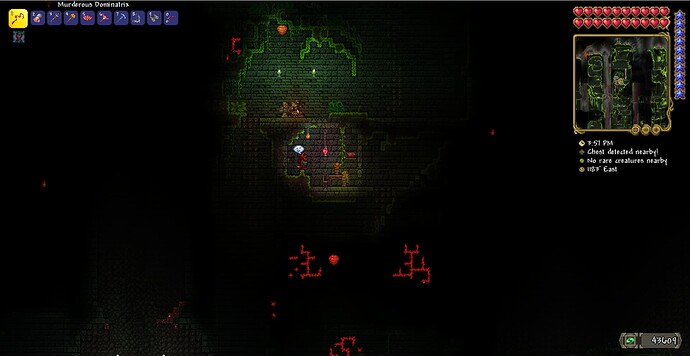