How do you want the world to end?

So I remember asking my uncle years ago how he wanted the world to end and he said
“Artificial intelligence surpasses humanity and machines start using humans as batteries”
So that got me thinking fourm users how do u want the world to end?

the way its planned to

Anything without suffering, but tbh that’s asking for a lot

In an Epic Battle to Save Humanity but we lose

And how would that be? 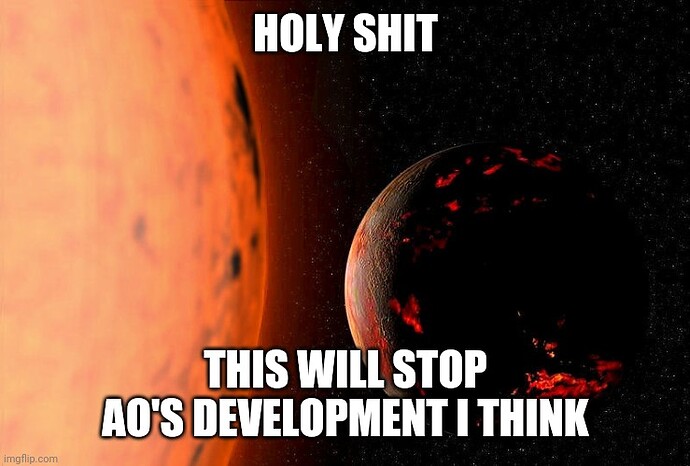 Idc how. As long as im not there to see it im fine with anything

VR full dive gaming fries our brains simultaneously, literally. or we just transfer our conscious to the virtual world, leaving our bodies and everything behind

Hehe, I can tell your uncle watches the matrix lmao. I dont know about the end of the world though.

So basically the first option would be best

Damn ao is gonna take even longer to rerelease

entirety of the third world is basically plunged into ultra colonialism mode as almost every third world country is turned into a massive slave wage plantation puppet state to support countries like the united states, russia, etc. resource wars happen, and go nuclear, leading to most of the land on earth becoming littered with radiation, the nuclear fallout irradiating the atmosphere for years, making it toxic to breathe

the ultra rich ofc survive, jeff bezos elon etc. hav e basically automated all of their labor with ai by this time, and are probably able to rebuild their enterprises as massive feudal empires, with them at the top and thousands of artificial intelligence droids at the bottom, eventually they stake out what’s left of the world and start warring with eachother

insane scorched earth tactics are probably used considering there is no civilians weighing on their consciousness, and most likely they ruin what’s left of the earth to come out on top. whoever ssurvived the wars is probably the last human left, and if i had to guess they’d probably fuse themselves with ai and go exploring the stars or whatever

That be pretty dope tbh