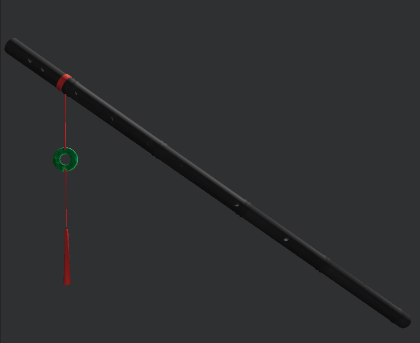 Instrument weapons are a unique type of weapon that grant special abilities or bonuses to teammates, rather than dealing direct damage to enemies. These weapons often require a certain level of skill or stat, such as the “Weapons” stat, in order to be used effectively. They may have a relatively narrow level range, such as 100-250, but can still be useful throughout the game.

When it comes to arcanium alloy, it’s a metal that is used to create magic-conducting tools and weapons. This could give the instruments an added magical properties, which can boost the party members’ attributes and abilities and also make the buffs scale off of magic. This will make the instruments more powerful and versatile, and can add an extra layer of strategy and customization to the game.

give me your thoughts

Yeah it’s not like it was extremely op from what testers say since as soon as it proc’ed you basically won the fight and the nerf was to make it more balanced without gutting it, yeah nothing like that

Or alternatively don’t do that and just be a normal bard being a good member of society.

be a normal bard being a good member of society.

I believe it was also brought up as an idea that instruments may be moved to the vitality stat. And to me it kinda fits better there. I don’t remember where or when tho.

Weapon builds don’t have a buffing ability tho, so imo it makes the most sense to give it to weapon builds. You can easily create a way to do that for vitality builds differently

Seems cool for a more support kind of build, I hope there is like a harp or something of the sort

Shouldn’t weapon’s buffing skill be a self buff instead of a teammate buff? Vitality builds need SOMETHING and giving them a more support oriented build doesn’t sound so bad to me

Who said it couldn’t be both?

They will have something, that being spirit weapons, and making vit builds he support oriented just pushes away solo players from playing it

Who said it couldn’t be both?

It specifying “teammates” and not yourself, like how everybody assumes the Healing Magic idea only heals others.

They will have something, that being spirit weapons

Which won’t be on release and we don’t even have an estimate of when it gets added (like how instrument weapons have 100-250).

The issue is? It’s not like they have some awesome system that solo players want to use it for, vitality legit only has a single vague idea with no estimation of when it will be added