Limit the amount of suggestions someone can make in a day 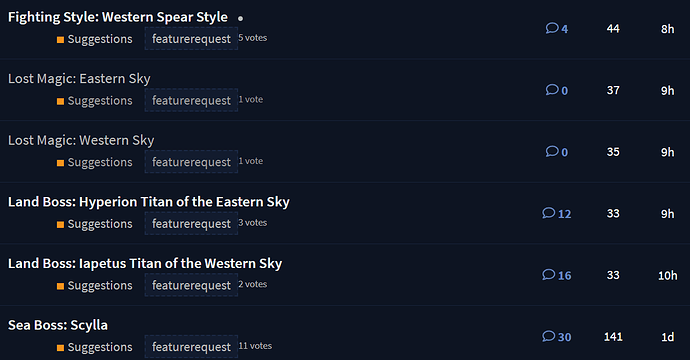 image1188×621 50.3 KB
All of these suggestions were posted within a few hours of each other. They were all posted by the same person. Not saying that the suggestions are good or bad, just that the same person posted all of these. I think limiting the number of suggestions that someone can make in a day will help fix the oversaturation of #suggestions.
1 Like
Morden December 25, 2020, 12:52am #2

Tbh I think it’s fine, but it probably should be limited if someone is just spamming out low effort suggestions. People that actually spend time on their suggestions shouldn’t be penalized for this.

I’d rather have some sort of system that prevents similar or low quality suggestions. Just lump in similar suggestions together like the 2 bosses into one and the 2 magics into one

Me personally I can go on and on with some suggestions so having a limit would be devastating. If you truly feel like there has to be a limit at all causes perhaps a way for maybe a verified suggester to be able to suggest more per day?

Yeah no, I actually like reading 50 suggestions a day even if they’re posted by the same person, a limit would make people mad

There is already the trust level 2 limit on it, I feel like a limit would probably be bypasses somehow anyways. 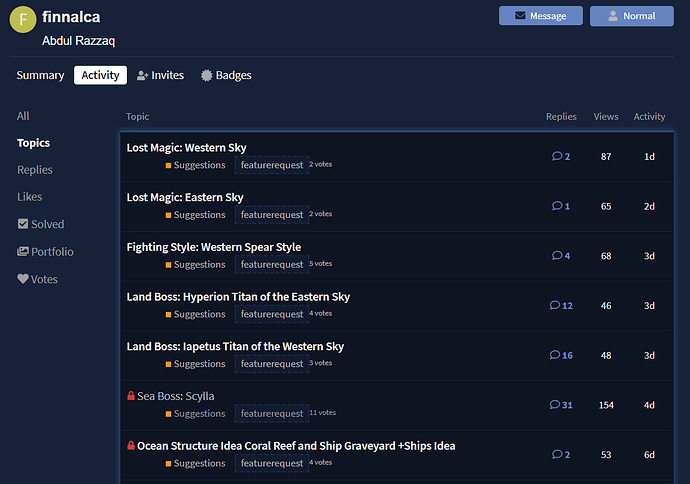 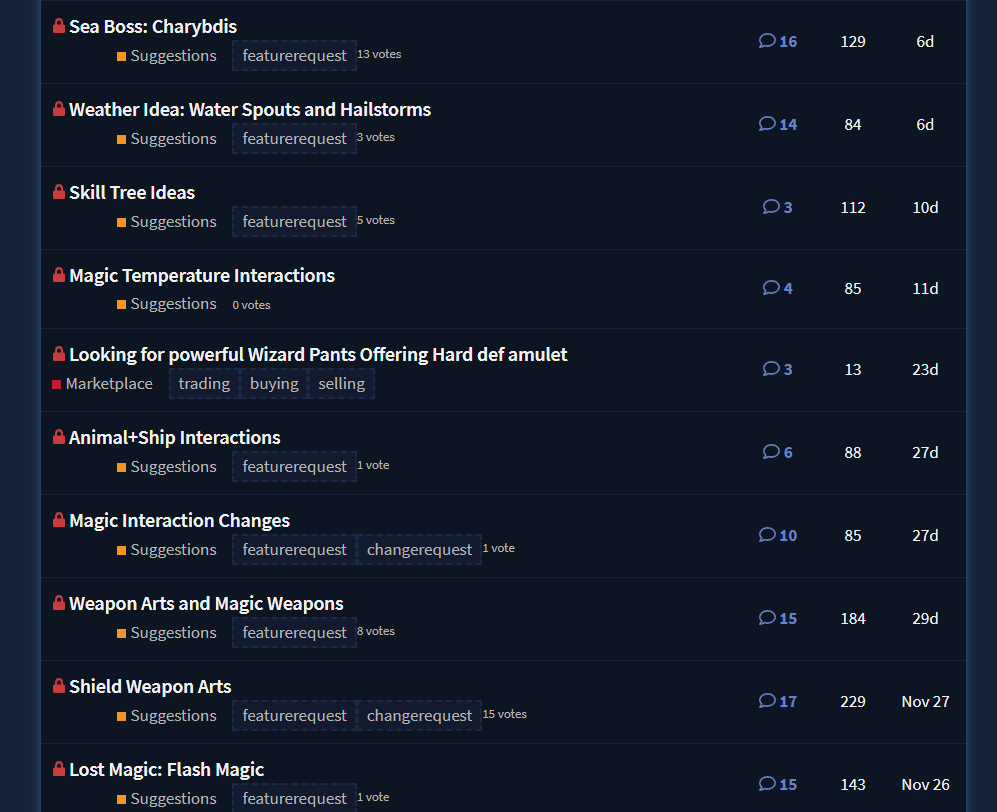 image997×812 40.3 KB
considering the vast majority of these were made by the same person, we could probably just tell him to stop and it wouldn’t be as much of an issue

we don’t really need some hard coded limit on suggesting

we could, however, designate it so certain TL2 users can’t make suggestions, in case they flood with fairly low quality suggestions similar to this

Yea this system sounds better. If they keep posting low quality stuff then ban them from using suggestions for a few days etc

Bumping this for an undisclosed reason.

Someone posting a handful of suggestions in quick succession every month or two isn’t really enough of a problem to justify a new rule IMO.

It would be hard to enforce (discourse has no “slowmode” for categories as far as I know) and wouldn’t achieve much. A flurry of suggestions doesn’t have long-term consequences - people following the category wake up to ~5 notifications one morning and then the threads all die within a couple hours (unless one of them happens to be interesting).

the real problem is the fact everyone on this forum has this weird compulsive need to post “this is dumb because <obvious reason>” every time someone posts something dumb, and it bumps the thread over and over until a mod has to lock it
like everyone
meta you’re supposed to be smarter than this

edit: after i made this post someone deleted literally every response to the thread i linked
why would you do that
the thread was already locked
it didn’t even un-bump the thread
you didn’t even unlist it
im so confused

edit 2: and now 20 minutes later some of them have been put back
but not all of them
the inner workings of the forum moderation team is truely an enigma

I think suggestions made in a day should be limited since this situation will happen on a larger scale when the TGR comes out, if not then at lest for a couple days after the TGR release since this forum will likely be flooded.

Someone posting a handful of suggestions in quick succession every month or two isn’t really enough of a problem to justify a new rule IMO.

Didn’t they make a new rule banning lost/prim suggestions for this sole reason?

No, they were banned for the same reason “make infamy less shit” or “fix twitter codes” suggestions are banned - it was decided that vetex isn’t interested in that kind of suggestion and so suggesting it should be forbidden.
You can see headless’s final say on the matter here:

We should be able to suggest Lost/Primordial Magics Site Feedback

The suggestion category was created and intended for the sake of you giving your ideas to vetex, and later he can sift through them marking the ones he likes. He is a busy dude and does not have time to sift through hundreds of suggestions that may be stupid and irrelevant. Primordials and Lost magics are those cases because he does not plan on adding any new ones anytime soon. If you try to make the argument that you should still be able to post them so that if he does like them he can add the…

The bunch of suggestions made by that one guy was more a reminder than a reason.