The only LGBTQ+ flag emojis are

. It seems like Headless can add new emojis fairly easily, so I was wondering if we could get some more emojis for other LGBTQ+ identities.

if im being completely honest, pride flags shouldnt even be emojis.
but if they are, it should only be the rainbow flag. it encompasses every identity in my opinion 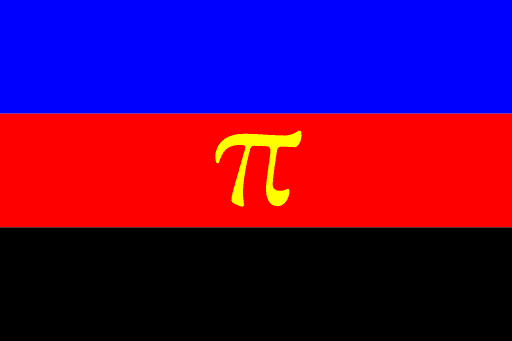 yeah I have to agree with midinput here I think there should just be ONE flag that represents the whole community, afterall in a way everything else except like Asexual and Aromantic branch off from Gay in some way or another

i will also be agreeing with misinput, i don’t see why there needs to be like 10 different flags that I’m sure that 99% of the forums won’t even bother to use when they can just keep it the pride flag which already does that

i get the idea, it’s nice and all, but there are some other ways of inclusion y’know

(a firm fuck YOU to britain, france, and america)

We got multiple emojis for camels for the different numbers of humps. We got 20 different truck emojis. We have emojis for every half hour of the clock and every phase of the moon. We have a flag for the US outlying islands.

Tell me the difference between these three emojis:

Idk why people are saying more pride flags aren’t necessary, as if it would cost anything to add them. The

isn’t all that precise.

Obviously, this isn’t the most important thing in the world. I just want to put the aro/ace flags in my bio.

my question really is what would we even use the flag emojis for, nobody would ever use them in a normal convo or whatnot

I mean just putting it there isn’t flaunting. If someone puts other relevant parts of their identity, such as their age, people wouldn’t consider that flaunting.

This just seems kinda pointless, if someone really needed to show their identity using a flag they could just post an image of it.

Sure i guess, but i haven’t seen a single person use these in my time here.

yea but images are kinda huge and break up text, and i’m not sure if you can put them in bios

just was thinking about this sorry for the late reply
im actually someone who considers putting your age, gender, race, etc in your bio to be flaunting. unpopular opinion, sure. but it is what it is
ive never been someone who just likes to shout “IM __ YEARS OLD!” “I LIKE ____!” “I AM A ____ PERSON!” etc. i really only say anythng like that if it fits the context of the situation, and im comfortable with sharing it
that leads to the idea of extra identity flags. again, like i said before, im not a fan of pride flags in general, and im also not a fan of adding more as all identities and whatnot should just encompass the

. if people want to share who they are THAT badly, they can just say it. or if they simp the bloody flag that much, they can get an image like what tparre said

Putting your gender in your bio is flaunting? Saying “Hello, I’m XYZ (she/her) and I work at…” is bragging?

im blowing them up

What does this mean?