These are the base stats of the Pokemon that’s been genetically engineered to be the absolute strongest. 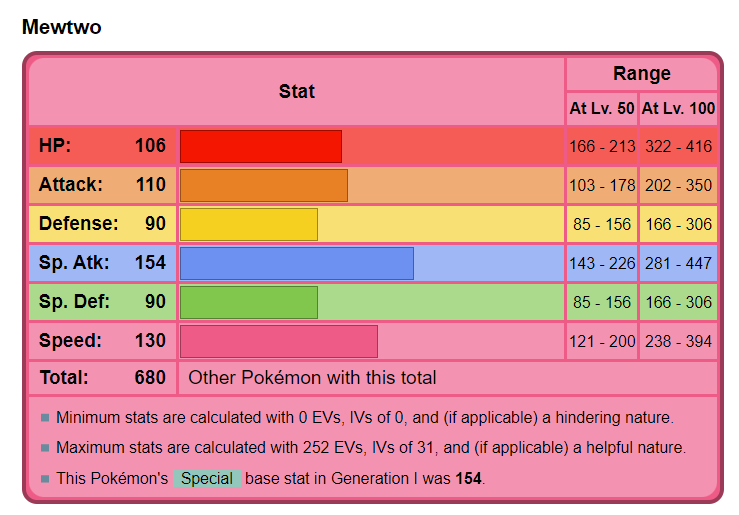 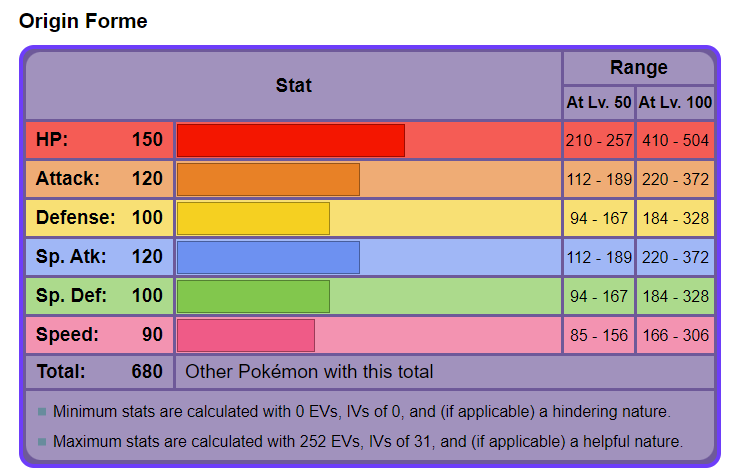 This is the base stat total of the creator of everything in the Pokemon Universe his almighty strength is beyond anything comprehendible: 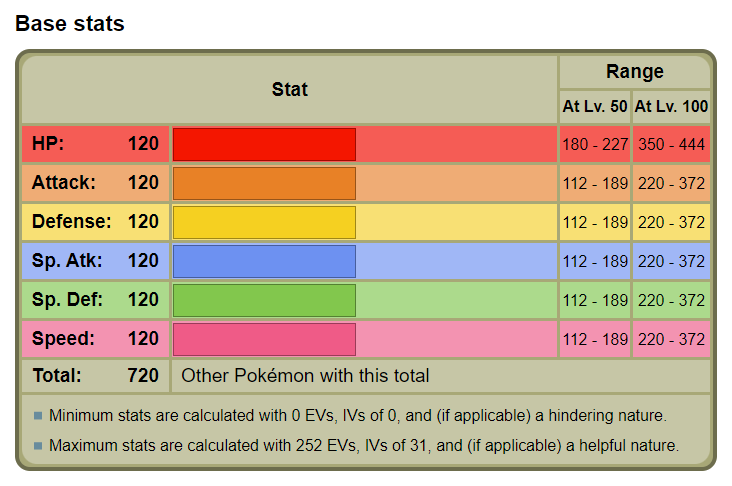 this is the base stat total of some fucking mutt with a sword in it’s mouth: 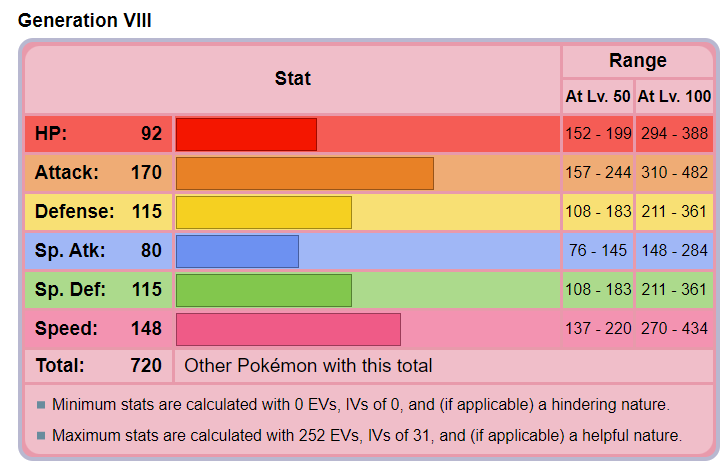 Me when pokemon god gets destroyed by a focus sash ratatta

Scarlet and Violet are bad games but they are the best pokemon games since the 3d era. Yeah, the performance and visuals are garbage but there’s not much that can improve there. I don’t know whos responsible for it whether its gamefreak or Nintendo or the pokemon company but pokemon visuals arent going to get any better. The games are on a short time limit with only a small development team working on them and even if they had the resources, they still wouldn’t care because they are making money either way. The good thing about the games is that most of the gameplay features are actually good this time. Theres only one or two problems with the actual gameplay, for example, the level scaling, and most of it was because this is the first fully open world pokemon game. These things will probably be fixed in the next game since pokemon just lacks experience with open world games.

me when the dog can fucking one tap god:

I’m not big on Pokémon but according to my knowledge teams used to be a lot more threatening and crazy like team galactic and stuff.
Last Pokémon game I played was sword and team yell were just a bunch of simps with too much free time on their hands.
I don’t know much about team Star but I think it would be cool to have a Pokémon game with very threatening teams again.

The game runs at a constant 20-30 FPS and there isn’t a single moment where the game runs well.

I could never imagine myself saying this but alas here we are:

can we have terrorists and extremists in the funny magical animal game again with motives and desires that are legitimately corrupt and evil and actually worth beating the shit out of?

I swear, they could release a completely unfinished, unplayable prototype of a Pokémon game and it’d somehow still sell one trillion copies.

in a way, legends arceus was literally a test game so gamefreak could see how an open world pokemon game could work

and thats how bdsp was made

i hate myself for buying that

Time to wait for the next Pokémon game to see if it’s good.

Tbh i actually bought the game and i 100% agree with everything you, the game is FUN but it isn’t good and honestly i think that’s all that matters 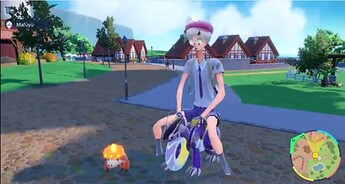 what the fuck is that thing

I never saw the issue with no voice acting, i thought you guys learnt from the electric gym leader trailer that it wasnt such a good idea, plus the fact that (personal opinion) i prefer voicing my own characters voices

otherwise, good criticism, hopefully pokemon learns from the good and bads of this game

(I forgot to mention i only experienced frame drops but none of those crazy glitches or technical issues, so idk if my opinion on this can be valid)

personally i have not run into any of those game breaking bugs like clipping through the floor or turning into an attack on titan creature, i’ve only see stuff like pokemon slipping off clips, pokeballs appearing at the entrance of a door, stuff like that, bugs that are harmless.

and either way this is some of the most fun i’ve had in awhile, beat the game yesterday and thinking of doing a second playthrough.