My friend's save file is borderline immune to NPC damage

What were you doing before bug occurred: She joined my server and she said she was immune to npc damage. I was like sure let’s test it. She walks to the minotaur and takes damage. Later on through the fight she started takin no damage even though she got hit more often. Later on it became almost 100% of the time she wouldn’t get hit even though she was supposed to. The only thing she did before trying to get on the file was deleting her glitched guild save file. The save file says it’s a guild owner but the guild owner save file was deleted ages ago. It is a 22nd generation file.

Steps to reproduce: No clue we just know it somehow got glitched. 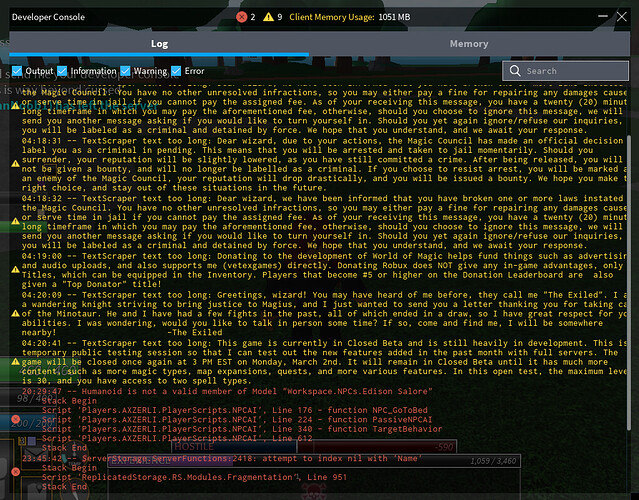 They probably just have a really good gaming chai-

Not at all, World of Magic is completely free of bugs or glitches. The game is flawless in functionality. Any even unwell thought toward’s the game’s spotless record is blasphemy.