I think there could be pets at Arcane Odssey, like parrots, cats, wolves, dogs and so on.
Here is an explanation of what each animal would be like.

There would be a new store at Arcane Odssey for Cosmetics / Pet´s, there you can buy several pet´s, such as:

Each of them can be customizable in color, and would have variations of them, with different attributes.

Parrots, canaries, birds and small birds: You can buy it for an “x” amount of Crowns, after buying it, you can go into your inventory and equip it, it would automatically appear on your shoulder, staying there doing some gestures and etc., you can lock him in a cage, buying at the cosmetic store for “x” from Crowns, which can be placed on your boat or in your hand, you can give him food to evolve and see where he gets more strong.

Strengths: You can search for enemies easily, and it’s a lot of fun.
Weaknesses: Very easy to kill, you also need to feed the bird daily.

Wolves and Dogs: You can buy it for an “x” amount of Crowns, after buying it, you can go into your inventory and equip it, it would automatically appear next to your character, making some gestures and etc., you can venture with him, depending on the wolf or dog, he can be offensive, defensive or neutral, the offensive when he sees an enemy, two options will appear on the screen, to attack or not to attack, when he goes to attack, he would do considerable damage to the enemy , soon returning to the owner, the defensive only detects enemies, and the neutral does nothing, it’s just there for you to have fun, you can feed it with meat.

Strengths: He is a great hunter and guide, he does not need to be giving food daily.
Weaknesses: Depending on the enemies’ levels, they will not attack out of fear.

Normal Cats and Sphynx Cats: You will be able to buy it for an “x” amount of Crowns, after buying it, you will be able to go into your inventory and equip it, it would automatically appear behind your neck, making some gestures, cats are very fast , but they only serve to detect other animals around, they are very playful (That is, they want to stay with the owner the owner for as long or keep asking for food all the time), they like to eat sardines and fish.

Strengths: Very fast, and detects other animals.
Weaknesses: When you see an enemy, he is only on the character’s shoulder. 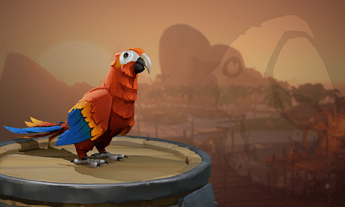 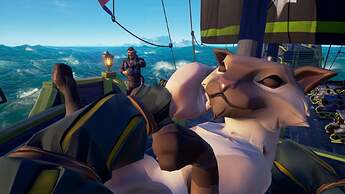 The game would be very fun with these pets and very immersive, however that is not abusive in PvP.

This would also serve as a Support, helping in combat, finding enemies and so on.

i dont think this is the right game for this sort of thing, nor the right audience

…Uh what other animals?

Went from an RPG to a adopt me simulator real quick.

We dont want this to become adopt me, no.

Judging from Vesteria’s pet implementation, they work much less effectively in a game with an older playerbase.

That would make people drop the game. Nobody frickin likes adopt me so why would they like AO with dogs running around with poor AI system. Also this defeats the point of lowering the usage of super-intellegent AI in the game

The arcane series is not the type of series to ever include pets, this system would also be unnecessary since we already have a type of NPC allying, which is of course the crew. This post could go into more detail in why they would be necessary, because if this is all there is for the pets then I would say that this is of low quality. The organization of this suggestion if ok but it could be better. That is all.

I appreciate the effort but AO is the wrong game for pets tbh.

The demographic for games like AO is usually 13+. Roblox games with pets in them are aimed towards fetuses and younger.

Though we will be able to summon elementals with magic so who knows.

Fuck no. Fuck you.

Adopt me is terrible.

But if they’re all the same rarity and literally there will never be any kind of difference in rarity, as well as they provide no stat boost and are only there for a companion; I will accept it.

Yeah, stopping to analyze it from your point of view, it doesn’t really match the style of play.

I wanted to do it in the Sea Of Thieves style of just being a company, but I think I went too far in turning a company into a combat animal, bruh.

Which concussion did you suffer to make you think that was a good idea?

Because I wanted to make the game fuller, with more to have, but instead of having just made a Companion, I literally made a fighting animal, bruh, sorry if you dont like the suggestion.