So like, kinda concerned. I just remembered that time when in the post in October that was confirming AO, it mentioned the removal of Cultural Items.
Like, is this being literal, like removing removing and deleting them all from people’s inventories, or making them unobtainable, or…
Cause alley favorite weapons are cultural

That’s just what I think, wait for vetex to respond to this thread

Luckily the Mercenary Jacket is still being kept. The world will still be at peace

would someone dare to ping vetex?

to our knowledge they’re just being flat out deleted entirely
vetex mentioned they aren’t valuable enough to warrant keeping,
unlike boss items where large amounts of time and effort had to go into acquiring them

I hope some get repurposed like merchant coant and cutlass did, the castlian knight armor would fit well

Yup, alalean cutlasses will be turned into old cutlasses. Idk if we will get compensation (prolly not) but like you said a few of the cultural items will be repurposed.

Yea we not getting compensations for the cultural items

Won’t they just stay like they are with the only change that everyone will be able to use it.

They are still gonna be there i think, but you don’t need to be a certain culture. 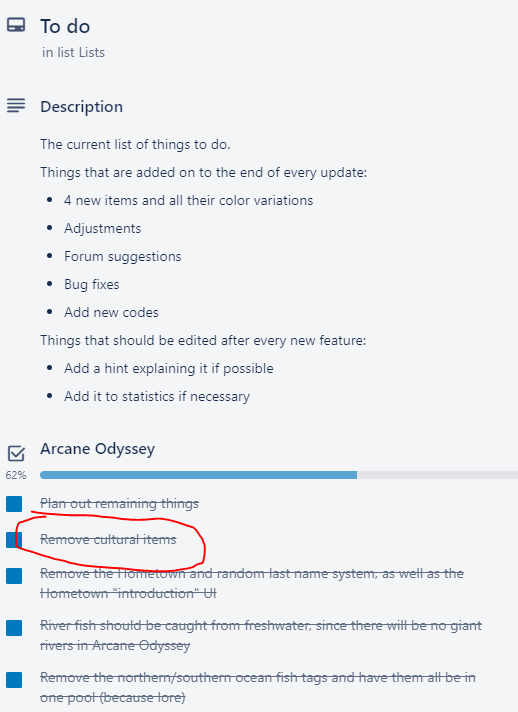 Because of the weapon revamp, most of the code for the weapons are largely unusable. Vetex can reuse the models if he likes but its not like that would save him a meaningful amount of time.

Maybe they’re just make it available for everyone