Ash and Fire.
Burning Flesh.
Why?

“Come on Morgan, you can’t just say no!”

I blinked, awakening from a hazy daydream. I peered up at Calian, who was my best friend since I met him 2 years ago in an Ice Crag. He was grinning as if he were mad.

Morgan was waiting at the gate, having been there for 2 hours. Calian then tumbled out of a bush, scraped up a bit.

The two youngsters skidded into the icy cave, bundled up in their parkas. They went deeper into the maze-like tunnels, only to get lost.

They treaded even further into the frigid tunnels and eventually came into a large room with gigantic pillars of ice.

During the hollering, Calian noticed something. A peculiar blue scroll situated on the ground, near what seemed to once be a table. He picked it up, reading it at the same volume he had been yelling at. He didn’t feel any different, however, so he just dropped it on the floor. He then continued to pretty much scream.
They continued to yell with glee, trying to get the elusive prize of bragging rights. On top of one of the pillars, a Frosthawk was resting. The continuous yelling eventually provoked it.
A shriek could be heard from one of the pillars, and the Frosthawk dove down towards the two children.

Morgan saw the Frosthawk, and immediately dived to the cover of a pillar. Calian wasn’t so lucky, however.

Calian had been struck by the Frosthawks pointed beak, and now had a large gash coming down through his face. It had barely missed the eye.

Morgan reached his hand out to Calian, grabbing his shoulder. He then dragged him to cover. He then faced the Frosthawk.

Morgan charged at the Frosthawk impulsively, which certainly would have led to his own demise, but he instinctively held his arms out, and that’s when a peculiar glowing circle emerged. Morgan’s hands felt cold, almost too cold. He ignored it, however, and still kept his hands out. That’s when everything went black.

Morgan came to in a bed, which was next to another bed that Calian was in. A man scooted over to Morgan, yelling something.

A crowd of men dressed in the Grand Navy uniform coalesced around Calian and Morgan in their beds.

Morgan mumbled a couple of incoherent words before drifting into unconsciousness. 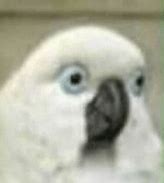