Black clouds casted a grim shadow over the island of a dark wizard’s tower. It seemed to rain lightning more than it rained actual water as bolt after bolt pelted the shore several times a minute. Scattered wood debris remained where there once were palm trees, obliterated by the towering waves that crashed against the island without rest.

“I don’t suppose we’re going to dock at a place like this so early in our journey, Commodore?” Said a meek, brown-haired boy. On him, fine clothes and an expensive-looking nautical telescope, though not a lot of sailors’ muscle.

The Commodore, a well-built man with black, messy hair dressed in a modest tee and jeans, simply laughed a loud laugh and said, “Dock, Cyrus? Wouldn’t ever dream of it!”

The boat drew closer to the island. It became difficult to keep an even footing as the vessel was volleyed back and forth by large waves.

Panic began to fill the lungs of the young Cyrus. “Right, then, I’ll start steering the ship starboard, and we’ll head to the nearest-”

“Wait, not yet.” The Commodore held his hand out, and only the sound of the waves and the boat’s creaking could be heard. A glint appeared in his eye as the boat got ever closer to the sand.

“Commodore, what are you-” A massive wave, almost as large as the tower before them, loudly gushed out from the water behind the boat.

Cyrus scrambled to the wheel and spun it hard-left, barely missing the shore and narrowly dodging the tsunami.

Certain of his death, Cyrus shivered and held the wheel left as the boat began to make a full circle before tailing behind the monstrous wave.

“I need speed, Cyrus! Get me some speed!”

Cyrus angrily threw down his last will and testament he had begun writing and adjusted the sails to pick up more wind as the small sailboat pushed straight into the back of the wave.

It became downright impossible to stay on one’s own feet as the ship began to lose control. Planks of wood were ripped straight off and sent flying as a result of the Commodore’s idiotic and suicidal decision.

Until the boat began to lift.

The ship began to tilt up and ride up the wave, sending it higher and higher above sea level. As the wave crashed against the island, the boat careened forward into the tower from the added speed until it busted right through the wall.

The dark wizard, looking on at the shipwreck that just entered his lair, was quick to surrender without violence.

Within the next few days, the Arcane Government had come to pick up the marooned trio, and the dark wizard was placed under arrest.

“Good to see ya, Lieutenant Banks.” The Commodore smirked as a tall, bald, brown-bearded man in an A.G uniform and cloak observed the utter spectacle on the tower’s third floor.

“Y’know, if it hadn’t been for all the help you’ve done in catching criminals, we mighta put a bounty on your head outta fear,” chuckled Lieutenant Banks as he hauled the dark wizard onto his government frigate.

News of the man’s stunt reached Mescoan shores just about as soon as Cyrus and he did. When they learned of the Commodore’s newest exploit, the saloon threw him a party and offered him all the free drinks he could ask for.

Cyrus, not much of a drinker, asked, “Commodore, I have to ask–are most sea voyages like the one we came back from?”

The Commodore bit into a large chunk of steak and spoke with his mouth full. “Mo, ujally hair moar eggshiting.” 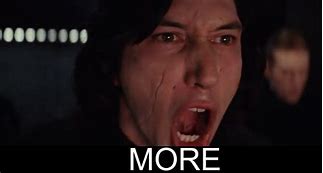