This story came from me wanting to replicate a meme but as an Arcane Odyssey version of it. However, I might have gotten a little carried away while writing. Music to listen to while reading if you want: 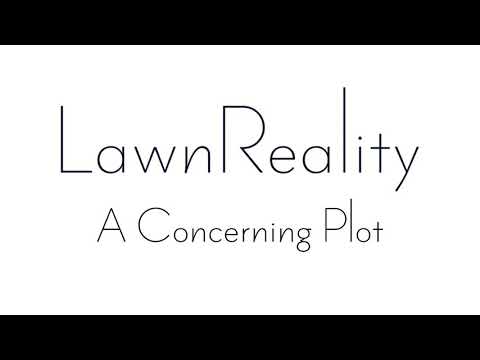 At first, a few small dots blazed through the fog. Then, a huge steel ram cut through, sending the mist dissipating to either side. Spirits dodged and flailed as their eternal, tortured existence was disturbed by this intrusion. Their wails pierced the air like white noise, then slowly melted into nothingness.

A mighty galleon of war, adorned with rows and rows of cannons overflowing with magical energy, slowly emerged from the white veil of the Dark Sea. The vessel’s once-worthy hull and rippling sails the color of blood had unsightly gashes torn throughout them. It slowly glided to the land ahead, rocking back and forth gently in the calmer waters and clear air around this island. A murmur could be heard from the crew.

An old yell rang out through the magic-polluted air: “STOP THE SHIP!” A cacophony arose as a few crew members scrambled out into the middle deck, the decaying wood splintering under their feet. The others were either under the deck, hammering at the leaks in the crumbling hull, or tending to the wounded and dead. Several had missing limbs and scars, but many were more unfortunate on that voyage, claimed by the Dark Sea. They pulled furiously on the ropes, communicating rapidly, and what was left of the sails folded upwards.

“Captain, sir!”, the co-captain (Who had never had a name) yelled desperately from within the internals of the ship, out of breath. His footsteps trailed up next to the captain, but he was brushed aside. “We can’t stop here, we’re almost back to the 7 seas. How can we trust this place? And you need to stay down there and rest!”, he complained. A short but thunderous silence. “I can sense what this place is. This is our final location”, said the captain. The crew’s weary heads turned towards the stern with interest and a mix of confusion as footsteps reverberated through the hull. The co-captain’s stuttering could be heard for a moment before subsiding.

Suddenly, a tower of a man, the captain, emerged from his living quarters and stomped up the stairs onto the deck. The crew bowed deeply as he eyed them. His body and hands were adorned by legendary armor, its strength incomprehensible but worn and cracked from use. A similar pair of trousers clanked as he walked forwards, slowly and triumphantly. His co-captain concluded it was a miracle he didn’t fall through the deck with the weight of his armor.

One of his eyes was an icy and unsettling blue, a bloody scar cleaving through it, and the other was contrasting; wise, healthy, but worn. And its color was like the green of the Forest of Cernunno; ancient and rich. The man had seen many things. His face was pale, and wrinkled like the ocean waves, and wore a rough expression,

An old pirate’s hat sat atop his head, smothering his intensely gray and wiry hair. A necklace around his bruised neck was plastered with every type of shark tooth and scale you could imagine, a display of extreme strength and experience that would make the most powerful wizards cower.

He slowly and painfully bent down, wrapped his arms around an anchor, and begin to wrestle it off the side of the ship. With a grunt, he heaved. It whirled for a long moment in the air, submerged with a violent splash of water, and just a moment later the ship lost its momentum with a sudden jolt. Several crew members were knocked off their feet and tumbled across the deck.

Geno Arcturus had seen many things since he woke up on Dawn Island nearly 1000 years ago. He had saved the world from the Order, defeated every threat, obtained powerful magic, and had overcome his own self-doubt. He was a puzzle, and the last piece sat, tantalizingly in front of him. It was an average small looking island; a pale, thin beach encapsulating a single, lush forested hill. Resting atop, a statue that his old eyes were too weak to see clearly.

He reached the starboard of his ship and faced towards the land. With tremendous effort, he crouched down for a moment before leaping off the ship, which creaked and shivered violently in response. He landed with a grunt on the isle, sand scattering under his boots with a thump. Geno kneeled, resting for a few moments before bringing himself back up slowly. A smile spread across his face and he continued forward, passing the beach, he walked into a the forest. The co-captain watched from the deck of the ship, speechless, the crew with him. Captain Arcturus made several more great leaps to climb to the elevated center of the island, each one more painful and strenuous than the last.

At his final landing, before he had hardly realized it, Geno collapsed face-first into the grass. Massive beads of sweat dripped down from his face into the greenery, his legs painful and shaking violently. It took nearly a minute and a great deal of pain for the old captain to muster the strength to slowly push himself back up on his feet.

Golden and rich sunlight, entirely different than the thin rays on the beach, struck his face the moment he looked up. His wrinkles created deep shadows, and the rays warmed and invigorated him. His armor shone brightly, and the air was thick with a new and exciting scent that could not be described, even by Geno. He cupped his hand above his eye and closed it, recoiling. However, he quickly gained his ground again and opened it cautiously, surveying his surroundings.

He was surrounded by thick greenery on all sides, and in the middle, blasted by even brighter rays, was the statue he had seen earlier, but in the point-blank distance it was far easier to see now. A half-crumbled, decently size, and oddly blocky statue of what appeared to be a deer, it’s petrified antlers seeming to grasp at the clouds. A lost relic of another time, or something else entirely. Geno knew he would not have time to solve this mystery, nor would he get himself into any more action.

He walked past the enigmatic statue, looking at it longingly for a second longer, and through the forest on the other side of that from which he came, which was far less dense and was passed through in just 30 seconds. The descent was nearly as difficult. He stumbled onto the beach, breathing heavily with his eyes closed, and his legs gave the last step they would ever take, worn out at last. His armor clanked furiously, his body rolling inside it as his face smashed against the coarse sand. Pain ripped through his body, fire marching through his veins, but he didn’t scream. He couldn’t.

Geno wasn’t sure how long he was lying there in agony when he finally opened his eyes. The fog of the Dark Sea had parted in the direction he was facing, allowing him to look upon the small, orange sun, which shone into his face dimly. He stared for what seemed like hours at the scene. The foggy walls glowed yellow and billowed calmly, and the sky rippled between shades of orange, red, purple, and blue, as if being stroked with a paintbrush. All the while, Geno’s pain was slowly vanishing, and his mind sank into placidity. The sun dipped below the horizon, it’s last arms of sunshine grappling with the darkness that was spreading across Geno Arcturus’s eyes. He barely shifted on the sand as his vision faded into black.

He could hear the screaming of the co-captain in the background, horrified, followed by his sobs and his hands on his cheek. But Geno barely noticed as his senses gradually faded into noise, into the sea, and came to a rest on the inky, silent ocean floor, dead and dreary. His co-captain’s tears and wails faded and blended into the stirring shadowy waters, which was darkening all the time.

Geno Arcturus reflected on everything he had gone through in his life. His thousand years of victory, tragedy, love, war, and peace. Sailing, exploration, life, death, and adventure. The friends he had gained and lost along the way. Eventually, these also melted into the growing, omnipresent blackness. The only thing that remained was his longing, his desire to find Mimhere Island, and as he had done it, his life was complete, and he could finally rest.

This has truly been an Arcane Odyssey, he thought, at total peace. Geno did not feel any pain, no worries, nothing. He accepted the blackness with open arms as the last of his life dissolved into the depths. And before he knew he had stopped breathing, Geno Arcturus was swept away by the sands of time.

Before I read this I just know its gonna be good

i was having fun reading this until Geno became Morbius

I can’t believe I wrote all this just so I could have an arcane odyssey version of “This has truly been an arcane adventure”.

Fr. That part was great.

After reading I can say that this truly was, an Arcane Odyssey

but what’s the order huh

THE IMAGERY! I love this story. Its beautiful. Made me cry.

Yes. All that was for a mimhere island joke. What am I doing with my life.

It was worth it. I was hooked at the beginning.

If anybody has some constructive criticism it’d be appreciated lol. Trying to improve my writing always

You life is NOTHING you serve ZERO PURPOSE
You sho-

Oh? You mean constructive? Idk then, im not a very good writer