Explanation
So for the past couple days, I have been trying to turn into neutral from unfriendly/hostile. I made 2 bug reports about this topic already,

and I finally figured out why it is happening. The bug is, I keep randomly losing rep every now and then. This only happens if I’m neutral or worse (I think).

Anyway, do you know what else happens every now and then? That’s right, Magius News update. And that’s why I’ve been losing my rep over and over and over again. So on the bug report I made, someone commented this,

You might be constantly getting on the news for “bad” things, if you surrender to the MC I think I saw someone say they always get in the news for being “captured” by the MC which lowers their rep more then they gained because of criminal record.

and they’re exactly right. Whenever I surrender to the magic council my name comes on the news the next news update and that’s exactly when I lost rep. I’m basically trapped into being a negative rep. It’s weird because I am certain I tried rejoining after turning myself in, yet I still lost rep again. I am not sure whether or not server hopping after you turn yourself in helps, but I do know that each time my name comes up on the news for surrendering, I lose a bunch of rep.

In the linked video, I recorded my rep a minute prior to the news being updated. Notice how as soon as a magius news is issued my rep turns from 190 to 267. Sorry that the numbers are blurry to see, it might be hard to notice in the video. 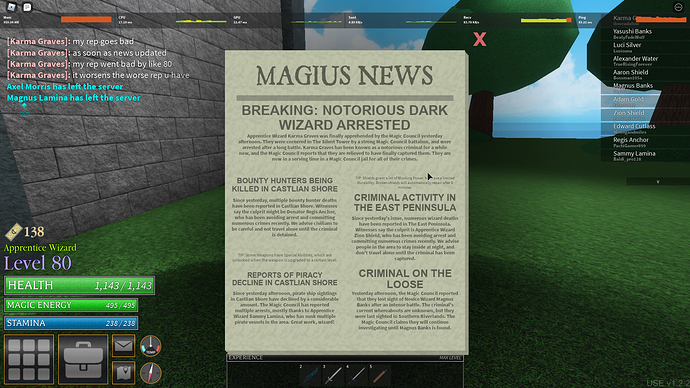 Here is a picture of the magius news right after it was issued and my rep went bad. Notice the headlines: 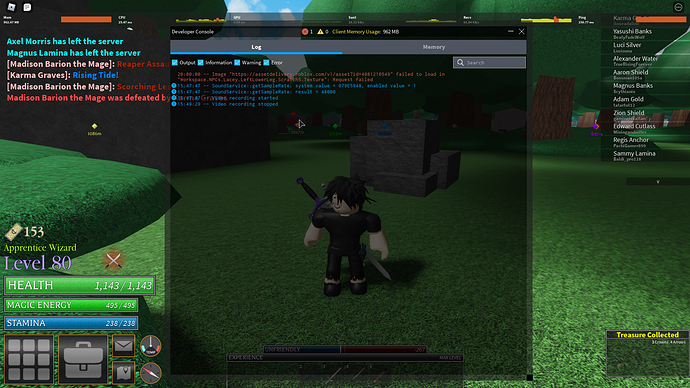 Took it a bit after I took the news screenshot.

Anyway that’s all sorry I made this report so big.

Edit: So the same day, after server hopping I wanted to test if the glitch would still happen (I have 2 videos but lazy to upload to YT). And it does happen, even if I don’t turn myself in. The only way to avoid this is to rejoin the same server every time the news is gonna be updated and keep 20 minute timers.

yeah its a bug