We should definitly have dragons in world of magic

Ash volcano would be a good location for one 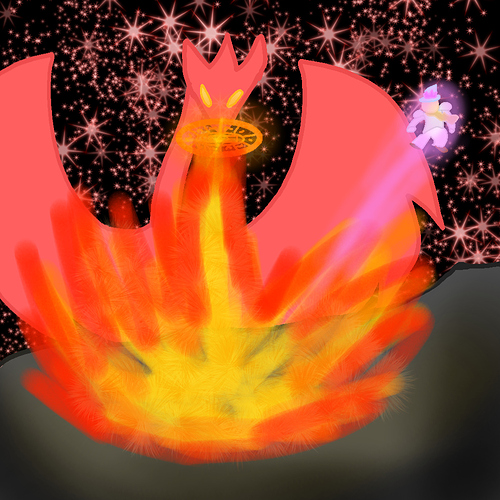 Sadly, mythological creatures have already went extinct so there’s gonna be no such creatures existing in the current time of the lore.

Bruh. Then just lizards that have fire magic… Thats less Threatening but still kinda the same

Even so, vetex has low experience in creating models which is why he uses what’s available in roblox and retextures it. Although he could have someone make the model for it and vetex animates it but it depends if that model fits the game.

dude, dont you know that VETEX IS BAD AT MAKING ANIMALS?
thats why he doesnt want to add any into wom.
he wont add dragons in wom, most likely never.

Why are you so angry? Its not like i Demand that there should be dragons and animals and sorry i didnt know that vetex wasnt good with animal models

Dude you gotta chill, not everyone knows vetex is bad at making models and if someone doesn’t know it, explain it to them calmly.

dude, dont you know that VETEX IS BAD AT MAKING ANIMALS?

looks aggressive although the rest are ok. Considering you got mad over someone who doesn’t know something that you know already means you need to chill alright and tell it to them with no sign of aggressive wording.

…but the lag though

how about: massive lizards
that can breathe fire
and can fly
but we don’t call it “dragons”
cause idiots are going to go into the comment and type
“durr vetex isn’t THAT good he can’t make dragons”