What ancient magic should I aim for? (Prolly thinking a lil' too far)

Specifically, my base magic will be shadow. My lost magic, will be darkness. Then my ancient magic… Not to be edgy or anything but I’m going along with the path of magics related to shadow. So for my ancient magic, I would pick death, sacrifice, or equinox magic… What ancient magic should I pick? I might pick death… eh.

in that case neither is darkness, death, and sacrifice (bro i just wanna go sacrifice because i was a kamikaze pioneer with it in primordial arts leave me alone ok. also im interested in death because of the cursed and forbidden type shit or whatever leave me alone!!)

after typing that i realized that, out of context it sounds incredibly wrong

in that case neither is darkness, death, and sacrifice

how
all of these have to do with depression, death and hurting yourself
how is equinox edgy compared to these. Sure it may be a little edgy compared to promethean fire or whatever but its not nearly as edgy as these 3

all of these have to do with depression, death and hurting yourself

First of all: fuck you!

Second of all: “I have mastered the power of balancing and combining the power of light, hope, and justice along with the power of darkness, dread, and atrocities to form the ultimate magic”

“I have mastered the power of balancing and combining the power of the light, hope, and justice along with the power of darkness, dread, and atrocities to form the ultimate magic”

u dont get what i mean

shadow is the corny “i will kill everyone” headass antagonist magic

P.S: I don’t think shadow is edgy either and people just say that too much, but in the context of equinox, it really is

youre kinda reaching with this one. Light is simply light magic

this is something you added to it yourself and that doesnt make it edgy either?

shadow is the corny “i will kill everyone” headass antagonist magic

sure shadow is a little edgy but in the context of equinox its fine. Equinox is legit just a mix of light and shadow. It might be a little edgy just because it incorporates shadow but if you actually think its as edgy as darkness (1 upped shadow), death (literal fucking death, this is basically a principle of edgyness) and sacrifice (again a literal embodiment of edgyness) then you might just be really biased towards these 3 and you might just really hate equinox

just look at it from a name’s perspective alone. Light + shadow = equinox. the concept of equinox at max is a little edgy but its not nearly as edgy as the other 3 mentioned in the topic

oh no guys i insulted fartman7’s waifu too hard, hes been typing for 5 minutes straight, god save me 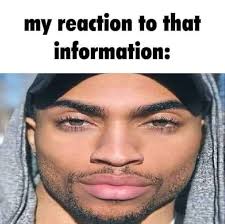 23. Absolutely DO NOT insult @Nuclearman7’s waifu (equinox) nor say any negative statements about his waifu (equinox) infront of Fartman7, and especially DO NOT dare call it…edgy, as he will go FUCKING INSANE.

Accurate. You better watch out bitch!!

do we also have a secondary base magic and third base magic? or will they remove that from the game so we can only have base, lost, and ancient instead of 5 magics.

Equinox is the least edgy out of all of those