What happened to the other greek gods that weren't killed

the lore says that some of the greek gods were killed. what happened to the ones that weren’t?

I’m honestly not sure.

ooo i didnt know that

the gods can’t technically “die”,
they can be split to the point where its essentially impossible to revive,
but they don’t “die”

by the time AO rolls around essentially all gods have been “sealed” or whatever,
poseidon got bonked in the durza war, and as a result;

the only god we know of that might be “alive” in AO is hades,
given by the lore doc they could potentially be “alive” during the story
of course others could be around but we don’t know about em yet

Edit: Yes they do. Quote from the lore doc:
“After defeating Durza, the Peacekeeper sailed far south to the uncharted seas and eventually found Hades, the last remaining god. They defeat Hades, relieving the world of its last major threat.”

no, you didn’t pay attention to the dates 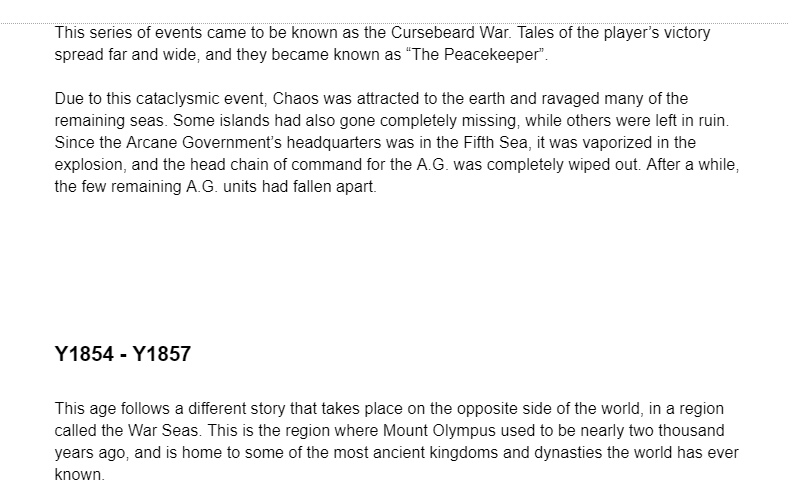 given that hades would be “alive” during AO, hades causing problems could totally be possible given what they did with durza

I did pay attention to the dates. The Peacekeeper defeats Hades after the events of AO, so how could AO’s protagonist defeat him? Would he be killed and then killed again?

ever heard of retconning?

I guess I just assumed there wouldn’t be any retconning
it seems like they’ve gone out of their way to avoid it
am I wrong?

even if hades isn’t the big bad, him having some relevance is possible

obviously I haven’t written old shit down or anything
however they have modified the lore doc several times, even some of the “older” details pretty sure

could be wrong since I am stupid sometimes

you fools, you unwise sheeple

CLEARLY the remainder of the Greek gods lived