Ok so here’s a story that happened just now. I was watching some good ol’ recommended youtube videos and when suddenly an advertisement played. Well guess what the advertisement contained? FUCKING UNCENSORED BOOBS, LIKE LITERALLY VISIBLE BOOBS, NO MOSAIC OR SHIT LIKE BLUR, LITERAL VISIBLE BOOBS WITH NIPPLES AND SHIT.

Anyways, going carried away there. So this advertisement apparently got an “Ok” from the people on youtube who moderate advertisements. Curious as to what the advertisement is all about? It’s all about loving moms. So basically the story of the advertisement was just moms having to breastfeed their babies and that’s fine and all but what isnt fine is that THEY’RE FUCKING ADVERTISING NUDITY AND YOU WONT SEE THAT NORMALLY IN ANY YOUTUBE VIDEO, of course aside from the stuff that’s “for academic purposes” that still got me to wonder why it’s still up on youtube. Anyways it’s fine if its a youtube video since they have to search for it and most of the time, they’re of course age restricted but, IT ISNT FUCKING FINE TO ADVERTISE IT SINCE YOU KNOW WHAT? EVERY FUCKING PEOPLE ARE FORCED TO WATCH IT LIKE LEGIT, NOT EVEN 5 SECONDS INTO THE AD AND THERE’S ALREADY BOOBS WITH NO CENSORSHIP WHATSOEVER. LIKE SERIOUSLY MAN, THEY MUST BE WANTING TO HAVE PEOPLE TO WATCH THEIR FUCKING ADVERTISEMENT WHEN THERE’S ALREADY BOOBS WITHIN 5 SECONDS.

Anyways, this is just some sort of rant how the people, the big brains of youtube, apparently allowed this to get advertised. Who knows, maybe in the future we even get to the point where they allow sex or some shit to get advertised. If you get advertised with something similar to this and it was about loving moms and then having their baby breastfed, then damn, you’ll see what im talking about but at the same time, how unfortunate of you.

youtube ads have been acting crazy lately, lots of perverted stuff. I think whoever is in charge of ads is getting paid off by the ceo of perversion

Youtube advertisements have become a fuckfest recently. And yes, a literal fuckfest.

Yeah, apparently perverted advertisements have been popping up in the past months. Im fine with perverted stuff but im not fine when it gets to be forced onto people to watch it. Like legit, that alone isnt fine.

idk why but i’ve been getting a shitload of huniepop 2 ads.
i think it’s because a friend of mine bought it.

Wait what, huniepop is advertising their game in youtube? How in the world-

i’m gonna get muted for this

You know, I think YouTube is starting to change its audience. An audience definitely not suited for kids

Well it’s no wonder why they made the youtube kids app. Though if those shit are also getting advertised into that app as well, then damn, youtube’s gonna be in trouble since after months and months, the perverted advertisements are getting riskier.

Holy shit, they have moderators?! I thought they just let the autofilter do everything.

Haven’t seen it yet.

Very predictable, especially coming from a company that’s so fking dimwitted and censors anything they find politically incorrect for some bullshit reason.

“Oh we block random bs because COPPA and shit”

well why are you showing pornography in the form of unavoidable, uncontrollable advertisements?

im pretty sure forced NSFW content (including educational stuff) is a crime
even if you are 18+, (as the name implies) it isnt suitable for work and would probably get you in trouble for no reason

youtube needs some help ngl. they sorta put these kinds of ads up here and delete videos that were perfectly harmless

You sure you guys don’t just have personalized advertisements on, bcs I’m not seeing shit like this… oh wait… I block ads on yt

(Also ads arent the only thing, there’s legit ILLEGAL shit on YT that has been up for months or even years without even getting a strike. All the while, people who are trying to make a living and actually putting in effort get their videos taken down for swearing too much.)

Nicotine gaming. Search it up and look at his community post.

I mean futa is hot. But how tf is it still on YouTube?

Macobre or another moderator watching this thread, fingers over the “Close Thread” button 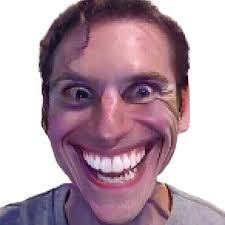