Who is the most toxic person you have ever fought?

A few months back I fought a kid who was both a legendary hero and a donator which honestly already gives the feeling he was an asshole so he attacked and killed me a bunch while spamming “LOL U SUCK” “UR SO TRASH XD” u guys get it.

About a month later I decided to mess with him a little as he was looking for a headless so I decided to tell him my friend was selling his which was false. So he gave me his discord name so I could tell him when my friend was online and after a few days he was online. He told the kid that he was not selling the headless which pissed him off a ton. He then started screaming at me on discord about it and then blocked me.

A few weeks later I ran into him in-game again and he kept challenging me to a fight. I accepted since i was bored but he had friends with him (About 5 or so people) who were all way too much to handle. But then another friend of mine helped me out and it was sort of a war. We quit after dying a fuck ton but it was worth it.

I swear I’ve read this before

The guild update never left us…

I was the murderer in mm2 and this kid shot me right before I killed him and they were one of those people who spam ez ez ez to feed their massive ego. 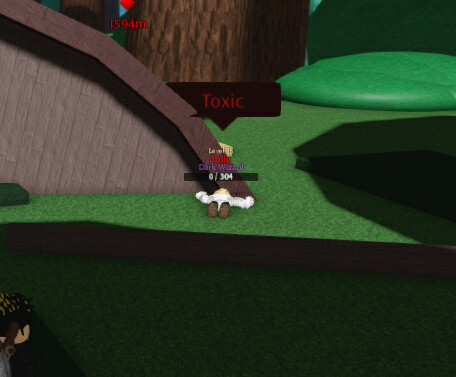 Some loser decided to rk me while spamming “EZ XD” a million times. I just wanted to give Susan Baron some fricking ink though. A couple days later, we were in the same server and in between those days between our last fight, I had upgraded a bunch of my gear. Ended up clapping him 5 times with my Light Magic in Summerhold

It’s truly sad. Not to mention that we still have a lot of users on the forums that are very much like this with their “get gud” spam