Today I met an extremely toxic person. I didnt even care that he continously spawn killed me, followed me every, didnt let me kill any bosses or made me lose all my crowns. The thing that got me annoyed was that he didn’t have a reason to do it. I didnt say anything mean to him, heck I offered to be his friend on multiple occasions. Apparently I may make peace with him if I tag him in this conversation. Anyway this person is called tiki grey and has a username of 14ZZ. Plus he has sunken and oathkeeper swords. Things i do not have. Giving him ,someone with 100 plus hours, a huge advantage over me ,someone with less than 30. @tiki hope u see this

@tiki I will destroy you

@tiki bully no no

@tiki has a job. He has much better things to do.

@tiki 's job IS this. Don’t you get it? I pay him to bully people

Atleast someone took my side lol

or multiples someones I guess. Thx to everyone who agrees with meh 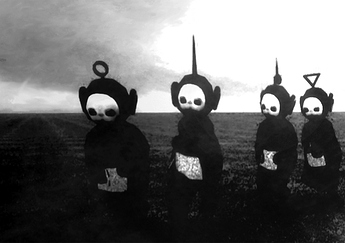 thx I had to Google translate that.

My take on this is, WoM is a fighting game. If you don’t want PvP you chose the wrong game to play. Of course if said person is session joining you constantly to kill you, you could always report it to the mods of the game on the discord or even roblox themselves. But if you expect to never PvP in the game, you’re defiantly playing the wrong game. I also think it’s very wrong of you to even mention his name on here and roblox name because now you start a witch hunt after this person and all the Social Justice Warriors come to “solve” the problem which will just end up with more drama being created as an outcome. Not to mention the threats he’ll probably get, just not a overall good choice but it is what it is.

This is just my take on how you should deal with toxic people in 2 steps.

The thing is he legit made my friend rage quit, who is actually good with pvp. I don’t mind pvp its just the fact it was consistent and he didn’t have a valid reason for doing so

and he legit dared me to make a forum with his name and stuff so he was asking for this.

Sorry forgot to reply directly.im new to this forum stuff

Heck.i love to pvp in certain games. I was a constant pvp er in arcane adventures and elementsl battleground. But there is a certain limit. He went past it

@tiki nice work
someone made a whole forum post about you

Will the game mods do anything about someone who constantly joins the game to kill you? We technically don’t have any in game rules.