Airships Are Now Possible In AO?

Considering The War Seas is more advanced than The Seven Seas and Magius due to the constant wars, wont it be possible for someone to invent airships?

I mean i’m pretty sure people would start thinking that considering there’s a lot of ships, having something that goes over them would be a huge advantage. Vetex, give us airships now considering there’s no longer a wall that prevents it from being added.

It’s confirmed that The War Seas is more advanced than Magius and The Seven Seas. Vetex himself says it so in the forum topic about TGR.

I swear I keep on hearing people asking “Airships!” in a naval game

It would be really cool. plus if they were to add hot air balloons, it could be fueled by fire. 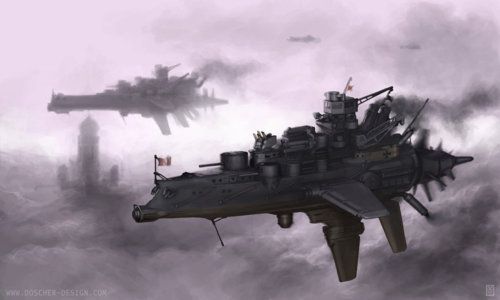 Hehe imagine these kinds of ships spawning in a region inhabited by a technologically advanced empire.

Don’t think this would work since airships were invented in the 1850’s and there’s a lot of inventions made even before that that don’t seem to fit in AO.

Everyone would just use airships over regular ships. Seems sort of redundant in a sea-based game.

no
vetex said it himself
we arent getting airships

btw you cant find these posts through normal means, the suggestion was deleted a long time ago

He has already said no (I think) and Airships just seem out of place, please stop with these they aren’t ever getting added

me just thinking there will probably just be sky skates again

No
I just meant people as a whole need to stop trying to suggest airships in the game, first of all it wouldn’t fit, second it would ruin the entire purpose of a naval sea based game, plus vetex said it will not be added, just because the War seas or any other place is more advanced than eachother does not mean they will invent airships, also people can already fly with magic