World of Magic has a lot of magic that is currently added and planned. But what if you had the ability to create your own magic? I’d like to see the community’s creativity! (Btw this is something that’s purely for fun. I don’t intend for vetex to add any of them lol)

were where u wen i make magik

i was at house eating dorito wen fone ring

“what magik u want”

Creation magic, where you can recreate literally anything that you can think of and you have the materials to make it as well (doesn’t matter how much material you have as long as you have it). 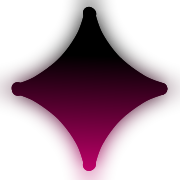 Shadow magic 2.0, or is that darkness

So basically the absorption curse but you just copy their magic and don’t actually steal it?

Blood magic, you basically just start drawing from your enemy’s blood and turn it into fuel to destroy them!

Plant Magic absolutely–there is an actual potential with this. Stun with vines/allergies, healing
Food Magic might sound broken with the hunger system but it’s a cool idea to me

It goes down hill from here

In response to prodigy’s idea of creation magic, you won’t be able to create anything you think of because that would be a lot to put into just one magic. Creation/destruction is also a big thing to have–the players aren’t gods.

But I do like the idea of that magic. Maybe when clashing it can transform the magic into something else or mutate it.