How To Organize Your Guild & An Explanation Over The Last Few Weeks!

In this topic I will go through things that are helpful to have in your guild.

I made this post to help out guilds organize everything a lot more efficiently, literally only to be a nice guide to help people in setting up or improving their guilds as well as to address the last few weeks in the end!

▬▬▬▬▬▬▬▬▬▬▬▬▬▬▬▬▬▬▬▬▬
Next up I would like to introduce guild applications, they are a great way to keep things non-cluttered and a second way of recruiting people without needing to put in as much effort!

▬▬▬▬▬▬▬▬▬▬▬▬▬▬▬▬▬▬▬▬▬
Legions/Divisions. You don’t need them if you’re a small guild with a low amount of players but I personally think they’re great to add to your guild especially if you’re a large one as it builds bonds between people who are interested in the same field of play.

▬▬▬▬▬▬▬▬▬▬▬▬▬▬▬▬▬▬▬▬▬
Next up I would highly recommend getting reaction-roles as a means to let members choose what they’d like to be pinged for without having to ping everyone every time you want to host a training or an event.

▬▬▬▬▬▬▬▬▬▬▬▬▬▬▬▬▬▬▬▬▬
I’ve been in so many guild discords and found their suggestion channels to be very unappealing and disorganized and it’s quite easy to fix!

▬▬▬▬▬▬▬▬▬▬▬▬▬▬▬▬▬▬▬▬▬
Keeping your staff team organized is a very good idea, things like sitting down in VC and having a discussion/debate about any concerns brought up is great, and keeping it all on file is even greater!

One thing to keep in mind - The staff shouldn’t just be who you like and who always agree with you, my staff consists of people who disagree with me and other staff and it really helps the guild. Trust me, you want capable people with their own opinions on your team!

▬▬▬▬▬▬▬▬▬▬▬▬▬▬▬▬▬▬▬▬▬
You don’t have to but it is visually appealing to create a pinboard and an important channel category to separate things you deem more important from the rest.

▬▬▬▬▬▬▬▬▬▬▬▬▬▬▬▬▬▬▬▬▬
Again this is a preference but having a bunch of community chat channels shouldn’t be used and should be kept at a minimum unless those chats are actually used and are useful.

Over the past few weeks, I have dealt with reports of SunCry supposedly exploiting, alt farming & being extremely toxic. I would like to begin with us being called out for exploiting, this has happened once but the reason we weren’t banned is due to the exploiter being reported immediately to a moderator and he was banned from both SunCry and the game with the only penalty being faced was infamy loss. (about 20+)

As for alt farming, we never did. People who claim to have evidence obviously don’t have enough to actually back it up, I’ve already encountered one claim of alt farming and it turned out that my member was only farming an AFK guy and in his defence why would you join a game just to be AFK in it? A smarter move would be to go hide in a really good spot or leave the game and come back to it later to avoid infamy loss.

Now let us talk about toxicity, this I can definitely agree on as I have dealt with my toxic members on numerous occasions even banning them from the guild completely for a month due to that toxicity. I don’t tolerate toxicity in my guild for long and if there’s no sign of improvement for that person they will be removed, this has already happened and another thing to note is that we’ve gone down from almost 100 members to 40+ ingame.

Now that I look back this mainly has to do with what happened before the guild update and once the new update struck things did calm down a lot more and I’ve been seeing people take it more lightly than they originally had, though we do still get a lot of comments.

With this in mind, as the Guild Master of SunCry I ask that if you ever have any concerns over one of my members do not hesitate to DM me. A lot of this slips by and I hear so many reports of my members being toxic but I don’t get proof of them being toxic so therefore I can’t do anything about it.

SunCry isn’t filled with toxic people and you can ask people if there are chill people here. I work with constant determination for my guild and I do what it takes for their enjoyment, I’ve always envisioned a community that anyone can join, contribute and involve themselves in to build long-lasting friendships and to create many memories that we can remember as time flows on.

I have to address the death-threats though, it isn’t fair on me to have to deal with people getting overly-mad because of a video-game. I understand your frustration but taking it all out on me and going as far as threatening to find and murder me for something out of my control is what really worries me.

I find myself to be a very forgiving person if the other person agrees to forgive me too. I would like to build upon my vision of SunCry’s community and make it a place anyone can join. It isn’t that hard and you can always DM me.

Anyways, with the organization tips covered and the past comments addressed I hope you guys find my post to be really helpful and I also hope it improves the way your guild works as that is all I’d like to do for everyone at the end of the day.

Have fun gankin’ guilds out there and if you have any questions or you’d like me to add anything to this forum post I’d be glad to do so!

well done u did so much work

you can also just make a huge af armada and use the fear of your enemies as motivation/hype for your guild btw. not that i would know that

I love how much work you are able to do for your favorite community! You would think leading a guild like SunCry would go straight to your head but not for you Jason!

Spent a good deal of time reading this with Jason and helping him with corrections etc.
We do not agree on all the things, but when we agree, we usually hammer out a good enough thing out of it in the end.
I am proud to be a Councillor in SunCry, with all the rest of talented and well-mannered people we got. This is our long-awaited message of goodwill to the rest of the community, so let’s see how it goes

good job homie, this is xecc and I approve this message

very nice, have a dango 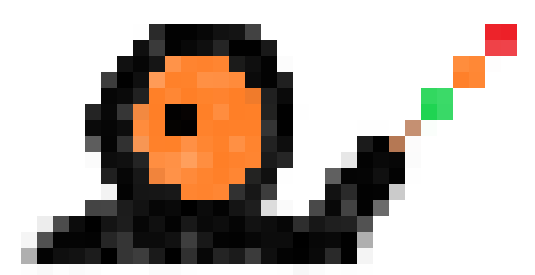 SunCry isn’t filled with toxic people and you can ask people if there are chill people here.

I can say that this holds up a whole lot. There’s hardly any of our members that give toxic stuff to other players (especially me). Hopefully we as a community for World of Magic can hold ourselves to be very positive to each and every member of it.