If you could create any fighting style, what would it be?

My fighting style:
I don’t know what the name would be, but a fighting style wear the user moves at high speeds to hit their opponent several times in a row.

I don’t know what the name would be, but basically the user would hit some of their opponents important body parts in order to defeat them easily.

…As opposed to hitting all of the not-important parts of the body in hopes that your opponent dies from pity?

All jokes aside, that kinda sounds like knocking fist:

Knocking Fist - A fighting style in which the user repeatedly hits pressure points and vital areas of an enemy, causing them to slow down and will deal more damage the more hits are dealt in a period of time, if the maximum hits are reached the enemy will become paralyzed. At high levels it would have elecricity-like effects.
(Copy-pasted from the trello)

Throw a snowball at your enemy

I would like to create a mix between sumo and capoeira

A fighting style that revolves around striking the ground with heavy punches and kicks, causing shockwaves and terrain reformation

idk, maybe something with extending your limbs past their normal length by ignoring your joints

But how do you just “ignore your joints”?

Then just use snow magic.

train yourself to ignore the pain (NORMALIZE DISLOCATING YOUR BONES TO EXTEND LIMBS.) 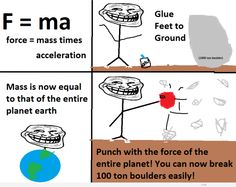 snow is very based, not as based as sand but still very based.