If you were an NPC in AO, what would your characteristics be

Boss ranking: Lengendary (extremely rare, can spawn anywhere, not part of the story)

Description: One of the most powerfule mages alive, even though he isn’t really alive, he masters perfectly Light and Shadow and has incredible mindbending capabilaties

Death Dialogue: “I have been vanquished, how is it possible ? At least I will know peace now, after all this time.”

Curse of Incarnation abilities: Allows the user to make the opponent see illusions that can either be fake or turn in to real attacks.

Perceval’s Backstory: Perceval was a magicless little boy who dreamed he had magic. He was picked on by idiots that don’t even know how to use the toilet right, which he beat the shit out of them but Perceval was the one blamed on because the idiots parents and all the villagers would see Perceval as an outsider, so they always thought he was trouble. One day, he found 3 purple objects in the shape of a cube with little stars in them around a forest he collects fruit in. Each cube had a different amount of stars, he gathers them all in one place an wished to have magic and power, he thought maybe there was a chance that something would happen or something would grant his wish. Nothing happened until a shadowy figure who had no face and nothing but a body made of darkness. The unknown figure touched Perceval’s forehead and then disappeared. Perceval tried to cast magic from his hand, and he saw a glimpse of magic energy come out, it was shadow magic. Now on from that day he trained his magic in all ways. The wish didn’t grant him power but it granted him magic. Perceval became powerful and more older and decided to set sail. He set sail and started a crew known as the White Eyed Pirates, time went on and he then found a curse and consumed it. He made a magic known as Darkness Magic, he called it Advanced Magic. Perceval mastered and awakened shadow and darkness magic. His crew was going great and explored through the dark seas. Perceval found a scroll that taught Death Magic, he was going to give it to his vice captain but he declined. Perceval was going to sell it or give it to his successor because he didn’t need any more power, he had everything he had always wanted, magic, power, friends, a crew, and knowledge. As they were sleeping on their ship in their rooms, someone attacked and killed almost everyone, Vice Captain Torren fell into the sea, Second Mate Irena’s heart was stabbed. All the crewmates were killed, Perceval tried to stop this unknown attacker but all spells and attacks he used did nothing. He found the scroll of Death Magic on the floor and decided he needed more power, he consumed the magic and only knew one spell that he could use with this magic, he used that spell and took the attacker’s heart. Perceval took off the mask, and behind it was nothing other than ash… Perceval couldnt sleep, he couldnt eat, he couldn’t cry, almost everything he loved had been taken from. He woke up, it was all a dream, the scroll was gone, but his crew was still with him. Perceval was glad but feeling uneasy, so he continued to grow in power and decided to live until he found the shadowy figure for another wish…

Boss Ranking: Mythical, (Perceval is now over 11000 years old, his crew is gone and he has lost his mind, he will only spawn when a being with awakened shadow magic has appeared in the dark sea.)

Dialogue: "Those who have power and can rival me, I shall defeat them, those who have unworthiness and are peasants, I shall kill them and break their soul tenfold.)

Your Soul Curse is so similar to my Mind Curse lmfao

My soul curse can literally show someone how they will die against me. it cud also technichally copy magic if illusions can turn into real things, if there actually was an npc gna be added like that which wud be 0.000.000.5% of adding that

Desc- fallen god of olympus back to take his throne

Challenge Dialogue: kneel before me ye mighty and despair

Wall of text of useless rambling

skill: dances around. occasionally attacks with a random magic.

secondary skill: resistant to all magic.

dialogue: “haha I don’t belong in this universe”

second skill: cannot be hurt by any passive damage taken from attacks such as bleed, poison, singed, etc etc

Dialogue: “You’re just a smudge on a masterpiece in my eyes, and I’ll erase you forever!”

skill: uses raw magic energy channeled through a pen that can be turned into devastating attacks with no clash rates and always phases through other magic.

secondary skill: randomly gains a stat buff for a temporary amount of time, such as suddenly dealing more damage, or a sudden speed buff. takes less damage from harmful effects or non-damaging abilities such as ash clouds. 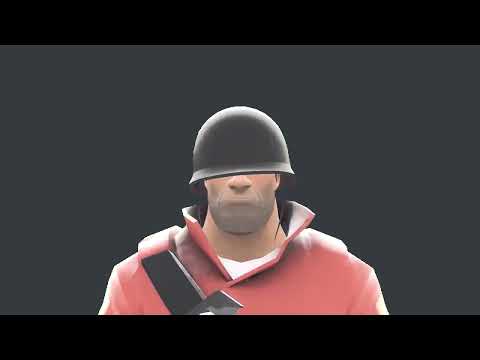 it is… the ultimate offensive option…

Name: Nazeem
Health: 100
Armor: brown robes with brown boots
Weapon: fists
Race: Redgaurd
Description: Always flexing on peasants and asking if they have been to the cloud district
Dialogue: “Do you have anything even remotely fresh?”
“Hmm. As you say.”
“You don’t prepare the meat with any of those strange Elven spices, do you?”
“I’m not ‘afraid’ of anything. I simply prefer quality merchandise. No, no this meat won’t do at all. Too much fat, and it all smells… wrong.”
“Good day.”
“Oh, it took years, but I earned my way to the top. I own Chillfurrow Farm, you see. Very successful business. Obviously.”
“Do you go to the cloud district often? oh what am I saying, of course you dont.”

knowing me, i wud be a cool librarian and when sum 1 makes a peep, i will murder them swiftly without hesitation and then say “silence”

Ézia Night, Lord of the Shadows

An outstandingly powerful wizard, Ézia only ever unlocked his first Mind, Shadow, but has so well mastered it that he can bend it into absolutely any form, he also obtained the Darkness Curse from Nyx herself.

Speeches :
-(Agro) Another wizard … why do you all want to kill me? Can’t you leave me in peace? I am sorry … but I must stop you.
-(Entering Second Phase) You are more resisting than most of those who tried to kill me, the Grand Navy sure is upping their game …
-(Entering Third Phase) Ugh … you are very strong … I am sorry about this but I will have to use my full power on you …
-(Death) How is this possible … am I … dying? No … coughs at least I can rest now, you are strong little one … good luck on your journey …

-This boss can only by fought at night, at nightfall he will randomly spawn at one of his 6 preset spawn locations. He will autimatically despawn when day rises, if a player was attacking him, the player will gain no XP, Galleons or any type of loot.
-If a player anywhere on the map says the words : “edgy”, “edgelord” or any variant, the boss will instantly teleport on the island the player is on.

Mesothelioma you may to be entitled to financial compensation

“If your loved one is afflicted with Mesothelioma you may also be entitled to file your tax return or we’ll send the ducking IRS.”