I know it’s been a long time but this is episode 2.2 of Knight Errant.

It’s late because of school 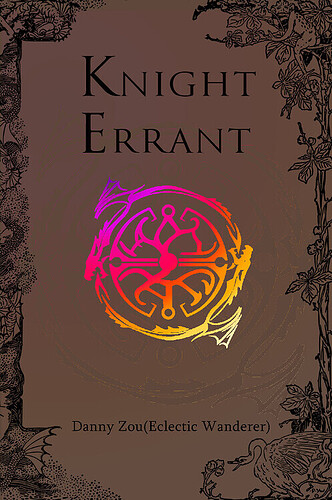 Summary of Past Events

We are introduced to a certain Arielle d’Artagnan, a girl with powerful abilities, King Hector of Quixotia, a small island nation, and his friend and guard Reggie. Arielle trains the two in combat, but one fateful night, at a formal ball, two things happen at once. Hector begins to fall in love with Arielle… and Reggie is shot, bleeding onto the dance floor.

It turns out Reggie did not die! He survived thanks to Ari’s healing. A cute filler episode showing off Ari’s abilities and developing the relationship between Ari and Hector.

We explore Ari’s personality more, and also learn a little bit about Reggie’s backstory: it turns out he knows Ari from when they were kids, but only for two months, after which her dad took her away and told him not to follow. But the stupid author throws us a cliffhanger at the end… Eon dies and Ari… vanishes?

Arielle wakes up in the hold of a ship with a Grand Navy officer on board. She escapes, however. In the meantime, Hector and Reggie are confronted with an assassin, but one who was uninvolved with the killing of Eon d’Artagnan. This is Lamorak, a master of Light and Shadow Magic who announces that they have to find “the spark”, a mysterious object that no one knows about.

this isn’t even your move you marshmallow

WHY ARE YOU COPYING TRANSFORMERS???

from my limited knowledge of the franchise…

Since when did Transformers have a plot?

I don’t think it does

source: idk I watched a bunch of transformers cartoons when I was child

idk I think that was a thing