My problem with the toxicity against suncry

I didn’t take a screenshot of the fighting but 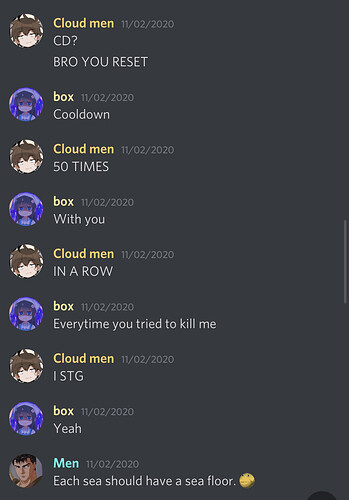 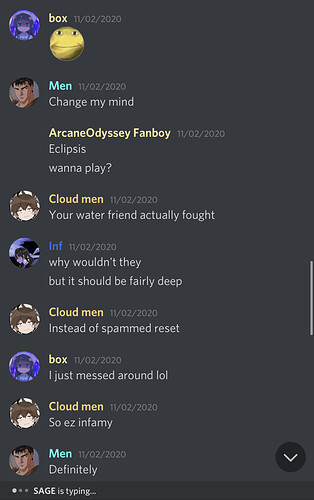 They are extremely active wdym, i’m not even mad at them. I’m just giving a reason as to why people would see Suncry as toxic. Also screeny is from literally 2 days ago.

It’s not like they’ll specifically ask for 7 more people to fend of people 2v1ing them.

Also most of the time, Suncry are in groups. Other than a few people I play with like Domi, or Enderic, everytime I join a lobby with 1 suncry there’s almost always more.

nah, I hate every guild.
just you guys especially.

Although I bare no ill will towards any guilds that heavy farmed infamy when the update dropped, I find the arguement that “everybody else did it, so why are we getting called out for it” a bit dull.

I understand your feeling that they deserve a little more respect than people give them, which may be true. But I personally feel that they don’t have the right to complain about the grave they dug for themselves. It was by nobody else’s fault that the guild went on hunts to bolster their numbers.

Had they had the foresight to realise that their actions may have resounding consequences in the not so far future, maybe they would have acted a little differently.

The guild made it to the top for the whole community to see, they set the standard for what is expected from a guild that high ranking, and now they reap the rewards.

I wish them the best, and hope that sometime soon everyone may be able to forget and put in the past what happened initially (I wouldn’t hold my breath). Good on you for making a post like this, I’ll find it interesting to see how many people’s views actually change.

Me personally, I’m not mad at suncry rking for infamy, I mean it’s a competition to reach the top 20. My issue with suncry, and it’s not just them, but I find it extremely annoying when they go and attack first, I end up starting to beat them, then they just go and run into a town and hide behind some npcs or reset when out of combat. If you are out fighting for infamy, then you best expect that you’re going to get killed as well, if you lose you lose, don’t be a filthy resetter or town hider.

And these certain people are?

Can’t remember, there’s a lot of people who do it

Read the screenies and I face a lot of them, this is just 1 of the few I met on discord.

Most of Suncry is pretty chill though.

It’s not just suncry though, it’s a bunch of other people, most recent was one from sunrise ravens

Then I hate them too, proves nothing.

Suncry member killed me when I was fishing. That’s enough for me to dislike all of suncry.
He also left afterwards

We can test the theory of jealousy. Suncry should give Roselight #1 and see if we get hate :>