obviously potential spoilers for anyone wishing to go in completely blind, but for those of you who don’t mind i’d like to ask your opinions on the upcoming Pokémon games

but otherwise i just hope its still engaging enough to actually play, unlike arceus
i got bored of arceus so i didnt finish it 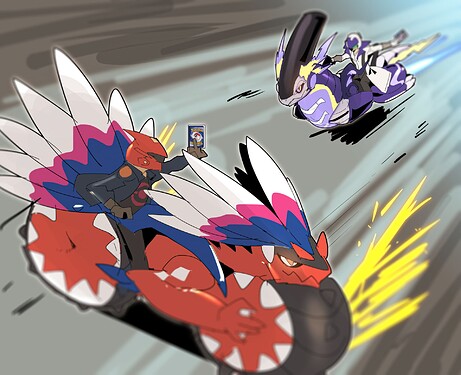 Jokes aside I’m pretty excited for the open world aspects of the game. This is something Pokemon was probably made for. Co-op I’m sure would also be fun but I got no friends, so shit out of luck there. I do think the legendaries are unironically a bit goofy looking.

The fact that there will be 3 stories we can do seems like a step in the right direction. Prior pokemon games have been pretty much hand holding straight forward stories. Taking on different stories and perspectives in this world would be nice. I’m sure a good number of fans are even just dying for a pokemon game where we play as an antagonistic force. While I do not think we will get that, at all (ever), in scarlet/violet it’s still nice that we aren’t just going down another same exact story beat by beat in the exact order intended as some saviors of the universe.

Overall pretty hyped for the game. The tera mechanic seems kinda lackluster and as a competitive-focused player I am not keen on the idea of any pokemon just being able to swap their types at will. Some pokemon will be very broken with that kind of mechanic.

Last thing I’d want to mention that I really briefly mentioned before, the legends. On top of just not liking their design I do not really like their role in the game. From what it seems it appears that we will get them very early on as a means of transportation. Do not like this one bit. If we have access to these legendary pokemon from the start of the game then what’d be the point in using anything other than them? Just spam them around. I’m sure they’ll be limited in some way but still they are legends that we appear to be getting before we encounter our first pokemon battle. It’d be pretty funny though if they weren’t actually legendaries. 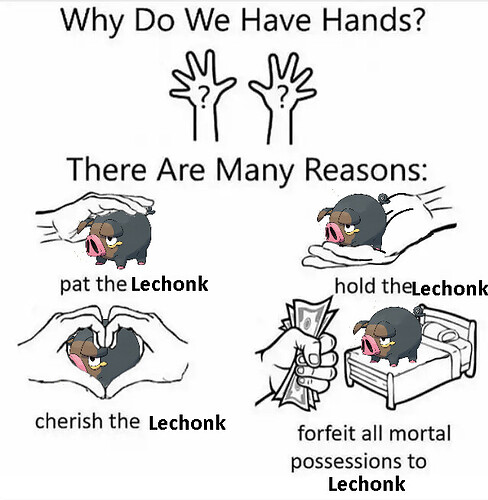 They are cool, but it’s kinda weird to see that they swapped out the classic convertable bikes for legendaries

Card games on motorcyles but its pokemon, perfection

Just like Legends Arceus it is a step in the right direction, but I just don’t think it’s there yet. Hopefully, they refine the open world aspect in future gens but this one just ain’t it. Also the special mechanic in this region is awful

Seems like an interesting step, and also a good step in the direction for Pokemon games. I like the open-world aspects, and it really makes the game feel more alive. Taking the gyms in any order also feels more natural, and having two more storylines to follow other than just doing the gyms will be exciting, except I have my own take on that in a second.

The world of Pokemon is vast where you encounter Pokemon in the wild unexpectedly in the tall grass. I’m sure all of us have wanted the feeling of walking up to a Pokemon that’s physically there, or interacting with it with our own Pokemon in real time, rather than through turn based battles. Although the more RPG-like Pokemon battles may be for a future Legends game, I hope that the open-world aspect will continue to grow for the future of the games.

A little rant on the 3 storylines. I don’t think it makes complete sense? In every Pokemon game we’ve always been tasked with going through the region and doing certain things:

That adds up to the completion of the story, and is 3 relatively separate things. So I’m wondering what exactly do they mean about the three total storylines. Especially with various new changes like:

Looking into the new gimmick they’ve introduced this time: Terastallize
I think this is straight up stupid, and in my opinion seems like the one big step backwards with the game. Mega Evolutions was peak and amazing. It introduced new typing, abilities, stats, and badass appearances for certain Pokemon, only at the cost of losing a held item. Essentially a whole new Pokemon to deal with, and each mega was always a fighting force that would be the core, or main threat of a team.

Terastallize changes your Pokemon’s type to it’s given Tera Type. Which from my understanding, can be ANY type. It’s just pure chance to what the Tera Type will end up, which will most likely be predicted through IVs or another hidden stat.
Here’s my current issues:

for some reason the characters in it look kinda weird to me, maybe it’s the eyes? they seem oddly detailed compared to the rest of the face, but remain strangely motionless

wth is this new crystal gimmick tho, why do they just get a huge-ass hat, also how’s it gonna look in the anime? 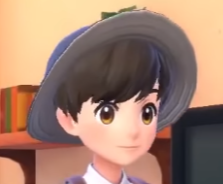 Contains an unusual amount of LECHONK

now I didnt even know anything about pokemon’s new gen except lechonk
but FUCKING MOTORCYCLMONS!?!"?!!?

I don’t know much about the new pokemon games but I was thinking of buying Legends of Arceus as my first officially owned pokemon game. I heard it was good.