Should I make guides about WoM/AO bosses?

I’ve had this idea for some time.

I know WoM is on the verge of not existing anymore, but I thought these guides would be useful for new players/forum users or people who have struggles fighting them. This would also apply to future AO bosses, because, well, if you’re gonna make a guide for WoM bosses, continue with AO bosses too, then.

The idea for this was to have an entire, dedicated post about bosses and guides about them. I thought of this as a nice idea.

What do you say? Leave a reply below if this is a good idea or not, comment anything you think about this, I’ll read all of your comments.

Boss Guides: yes or no?

IMPORTANT: Reminder that this poll will close in 3 days, so make sure to vote before it does!

i won’t vote since I made this, so I’ll check the poll once it closes. 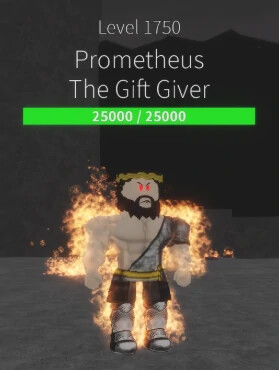 they are super easy though

Someone else has already done it, and it was quite successful. Might not be completely up to date tho, not sure about that.

In this topic, you will be able to find information on bosses within the game. Anyone can edit this if necessary, and if you make an edit I would appreciate it if what is done is specified in a reply. Small edits such as typo and grammar won’t need specifying. Suggestions on adding things and feedback would also be appreciated but are not necessary. this is a placeholder for arcane odyssey stuff whenever information for that comes into existence

It’s got WoM bosses and will have AO ones when it comes out.
Now you can still make your own boss guides, but a new comprehensive wiki on bosses might not be needed.

might consider that. anyways, the decision is still mine.

I might consider putting links to various guides to strategies on how to beat bosses for AO, when I put its bosses in.
Also, no, it isn’t necessarily up to date, mostly out of laziness and not playing for a while, but at the same time it’s mostly the same anyway.

step 1: push the bosses into an ocean

That sometimes doesn’t give rewards that I know and it’s just a coward strategy.

It still works though

If you actually include a strategy for defeating the boss, that’d be great, because the main strategy for exiled for me is to just run around and hope I don’t die

The Gift Giver is such a boring title for an undead titan.

so those are the results!

@liu i think this post has concluded imo. as i made it, can u close pls?