Tell me dah trees of magics

idk like fire, flare, and then inferno, and then all dem other fire magics. idk y i asked dis question, but EH.

balance isnt apart of that tree but yes that is almost fully correct .

yeah but i dont want to though

also after storm is blaze and equinox

after storm is blaze and equinox

How are blaze and equinox related to storm magic?

blaze has bolts and bolts r from lightning and lightning is from storms, and mb, i meant electron

is this what did you expected? or no? 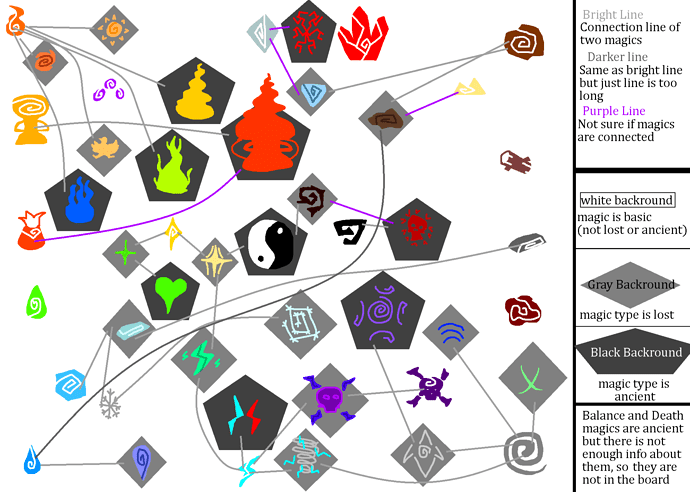 how long did that take u,

Death is an upgrade to shadow/darkness

I’ll go through every base magic and their potential evolutionary counterparts I guess. This is just my opinion though, not 100% fact and some of them I’m unsure about

pretty sure apocalypse bringer is also apart of gravity

Its only description when it was on the trello was “Extremely unstable and explosive”, didn’t really give off gravity vibes to me but rather a stronger form of explosion

for a second I read snow evolution as “bizarre”

yeah i guess so