So as you may know, second magic is coming in TGR.
Naturally, you can’t have PvP without arbitrary tierlists, so I’ve done this community a service and made it by sticking magic images together for all 190 magic combinations. 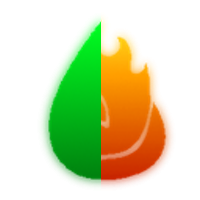 You can see my tierlist here:

my-image1064×2204 431 KB
If you look closely, you might think that I got bored halfway through making it and dragged everything other than the top ~10 combos and some petrified/frozen synergies to F tier.
This is false - my tier list is objective fact and the only way you can dispute it is to make your own.

(also if you want to see my actual reasoning, I wrote a bit here)

I look forward to seeing your own comphrensive 190 combo tier lists in the replies.

…Ice-wind as top tier? Isn’t Ice-water objectively better?
Stronger damage boost when applying frozen, they both boost eachother (water on freezing enemies and ice on soaked enemies), you can use a multblast against a frozen opponent to apply frozen then instantly break it for a good 25% bonus damage too.

Ice/Wind clears a ton of important status effects. If you actually want to discuss the top end of the AO combo meta, I’d recommend the post I linked in the blurred section where I discuss it in more detail.

What do you think will be the most meta combo in AO? PvP

So there’s lots of good combos, but meta combos is a different matter and I think it’s pretty interesting. Unlike single magics, combos don’t just counter each other, they hard-counter each other. Fire beats Glass, but Fire/Poison stomps Glass/Earth. The most meta combo won’t just be the combo with the best stats, but the combo that counters the most other meta combos. Meta’s right that (assuming primordial/lost magics don’t obsolete elemental ones) the three magic meta will probably be some…

In short, Wind/Ice is worse at the combo, but the combo isn’t what makes it good (frozen combos actually kinda suck - way too easy to clear). What makes it good is that it clears (almost) every important status effect and has good matchups against every other high tier combo.
You’re not expecting to use the freeze synergy much - the main draw is disrupting everyone else’s synergies and then soloing them with wind.

In short, Wind/Ice is worse at the combo, but the combo isn’t what makes it good

Magic combos (and thus this tier list) cover everything - the clear coverage, the range coverage, whether it inflicts a stunning status, as well as the damage synergy.
If you just want the best damage synergy, that’s Fire/Wood’s repeatable +40%, and you could get that from a table. Fire/Wood isn’t actually very good though, because it’s easy to counter (in particular, all the best combos counter it), it’s hard to actually pull off (burning is only 5 seconds long), and it doesn’t counter much itself.
Too many bad matchups, not enough good ones.

But fire/wood would be perfect to PVE content right?

It’s certainly pretty good - you’re still going to have to hit them though.
Fire/Wood will be very good against unmoving damage sponges (like some of the old AA bosses), though you’ve also got options like Crystal/Metal (which isn’t stackable in the same way but does more base damage, and all as impact). Hard to say what the best pure DPS will be, but it’ll be a combo like one of those.

For boses that move around (like Theos or the WoM bosses), you can’t guarantee you’ll hit every 0.5 speed blast, so faster magics and longer status effects are ideal. Status clears are still pretty worthless though.
“Aggressive” combos like Fire/Poison, Light/Crystal and Fire/Acid will be best for these bosses.

190 is the number of files my combo generator spat out. I don’t think there are any duplicates.

I feel like fire/explosion would be higher up since its a guaranteed petrified and damage boost + DoT.

Yea - anything below A tier is kinda haphazardly dropped on there.
I don’t think Fire/Explosion competes with the A tier (not enough clears, too easy to clear), but it’s probably better than a lot of the stuff in C tier.

What about lightning and Ice. I know this kinda wont be useful in some places but if dawn island is always raining and redwake is watery below shouldnt all you need to do get get your opponent in the water to apply that soaked status effect? this goes for all ice combos

But thats more of a situational combo

No? Do you wanna analyze all 190 combos when you can just target non-niche ones?